INDIANAPOLIS — The Indianapolis Metropolitan Police have arrested 31-year-old Dwayne Lucas and 31-year-old Terrell Redd for outstanding warrants stemming from their alleged involvement in the murders of 25-year-old Shainita Caffey and 26-year-old Miles Cross.

Members from the IMPD and The Westfield Police Department were able to take the two into custody wihtout incident. Both were have been booked in the Marion County Jail. 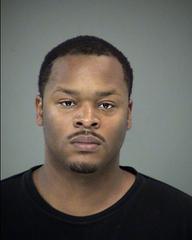 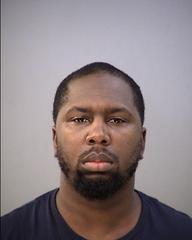 Just after 3:00 p.m.., on August 5, 2019, Officers were dispatched to the 2600 Block of Lafayette Rd, on a report of a person shot. When officers arrived, they located the victims who had appeared to have been shot. EMS responded to the scene and transported both victims to an area hospital. Despite the best life-saving efforts provided by medical staff,they both died from their injuries.

FOX59 reported: Court records do not explain a motive for the double killing. But the case does serve as a good example of how police need the public’s help to solve violent crimes.

A killer ambushed a man and woman while they were sitting in traffic at Lafayette and Tibbs in early August.

Police say video from an IndyGo bus shows the gunman shoot the driver Miles Cross 5 times. The passenger Shainita Caffey then fell to the ground next to the car and shot 3 times in the head.

Caffey leaves behind a young daughter.