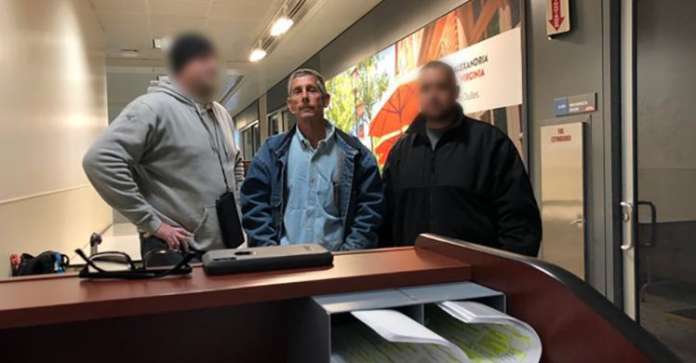 WASHINGTON – A 58-year-old Belgian man who murdered both his parents in northern Virginia with a .22 caliber rifle in 1982 was removed to his home country Tuesday by officers with U.S. Immigration and Customs Enforcement’s (ICE) Enforcement and Removal Operations (ERO).

Alain Paul DeCock was originally admitted to the United States as a nonimmigrant in August 1981. In December 1982, the Fairfax County Police Department arrested DeCock for two counts of murder and using a firearm during the commission of a felony. That same month, the U.S. Department of State terminated his nonimmigrant status. In March 1983, the Fairfax County Circuit Court convicted DeCock of the charges he faced, and he was sentenced to two life terms plus six years in prison. The former Immigration and Naturalization Service lodged a detainer with the Fairfax County Sheriff’s Office in April 1983, and the following year, an immigration judge ordered DeCock’s removal to Belgium.

“Honoring detainers prevents public safety threats from being released into our communities,” said Russell Hott, field office director for ERO Washington. “DeCock entered ICE custody pursuant to an immigration detainer lodged with the Virginia Department of Corrections years ago. That detainer enabled ICE to quickly and efficiently gain custody of DeCock and process him for removal.”
DeCock departed the United States via a commercial flight to Belgium Jan. 7, under escort by ERO Washington deportation officers.