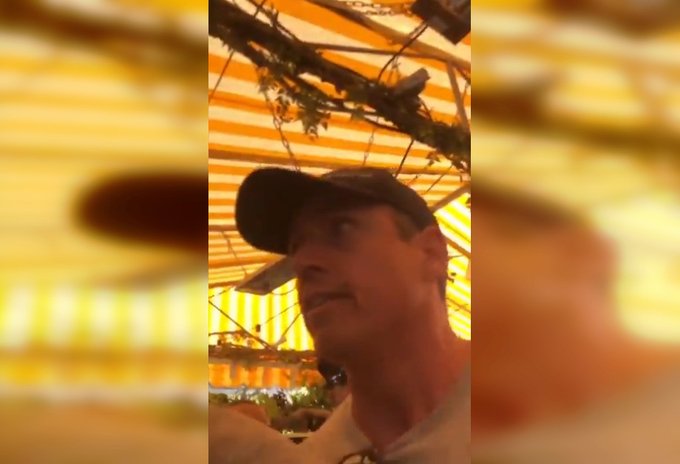 CNN’s Chris Cuomo exploded at a man at a Shelter Island bar on Sunday, after the man apparently called him “Fredo”.

The video, surreptitiously filmed by the man Cuomo was shouting at, was uploaded to Twitter by a user who said he was sent the clip.

Watch the attached video for the full exchange, including the highlight where Cumo unloads and says “I’ll fucking ruin your shit. I’ll fucking throw you down these stairs like a fucking punk.”

In the exchange, Cuomo used the F bomb around 25 times.

Interestingly, Sean Hannity tweeted support for Cuomo. “I say good for @ChrisCuomo He’s out with his 9 year old daughter, and his wife, and this guy is being a jackass in front of his family. Imho Chris Cuomo has zero to apologize for. He deserves the apology.”