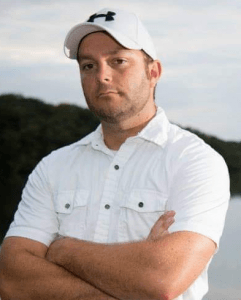 When he arrived on scene, multiple shots were fired from inside the home and Deputy Chisum was fatally injured as a result.

The alleged gunman, Nathan Woodring, 42, barricaded himself in the home for hours but was later taken into custody.

Deputy Chisum was a four and a half year veteran of the Fulton County Sheriff’s Office. He was a paramedic with the Fulton County EMA and was a member of the West Central Special Response Team and the ILEAS WMD/SRT Team, Region 6.

Sheriff Jeff Standard said, “On behalf of the Fulton County Sheriff’s Office, I would like to extend our deepest condolences to the family and friends of Deputy Chisum. Deputy Chisum dedicated his life to the service of his community. His legacy and sacrifice will forever be remembered.”