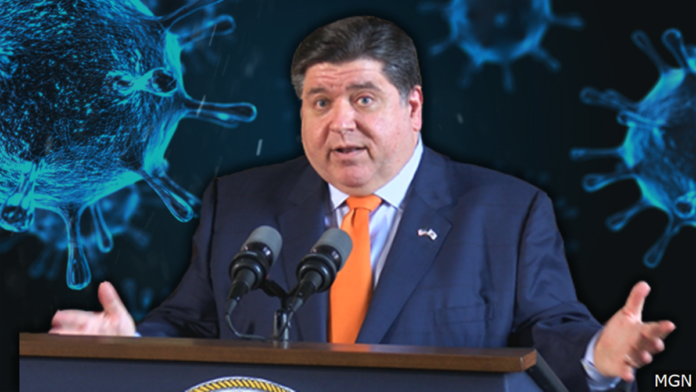 CHICAGO — Governor Pritzker issued a proclamation today declaring the monkeypox virus a public health emergency and declaring the state of Illinois a disaster area regarding the disease. The declaration, which applies to the entire state, will allow the Illinois Department of Public Health (IDPH) to utilize resources for coordinating logistics across state agencies, quickly and efficiently aid in the distribution of vaccines and in the prevention and treatment of the disease. The proclamation will also assist state agencies in coordinating response with the federal government.

“MPV is a rare, but potentially serious disease that requires the full mobilization of all available public health resources to prevent the spread,” said Governor JB Pritzker. “That’s why I am declaring a state of emergency to ensure smooth coordination between state agencies and all levels of government, thereby increasing our ability to prevent and treat the disease quickly. We have seen this virus disproportionately impact the LGBTQ+ community in its initial spread. Here in Illinois we will ensure our LGBTQ+ community has the resources they need to stay safe while ensuring members are not stigmatized as they access critical health care.”

Declaring a state of disaster expands the resources and coordination efforts of state agencies in responding to, treating, and preventing the spread of monkeypox. Proclaiming a state of disaster will allow IDPH to expand vaccine and testing capacities with the help of the Illinois Emergency Management Agency (IEMA) and via state and federal recovery and assistance funds. This proclamation will aid in facilitating the complicated logistics and transportation of vaccines across the state to reach the most impacted communities efficiently.

The declaration also authorizes emergency procurements to facilitate the state’s response. The proclamation takes effect immediately and is in place for 30 days.

The World Health Organization declared monkeypox a Public Health Emergency of International Concern on July 23, and the Center for Disease Control has been closely monitoring and consulting with states in addressing the outbreak across the United States. Illinois currently has reported 520 cases of confirmed or presumptive monkeypox virus, the third most in the country. The state has received more than 7,000 doses of vaccine from the federal government, with 13,000 additional doses expected in the near future. Governor Pritzker called on the Department of Health and Human Services to increase Illinois’ vaccine allotment last month in a letter to HHS Secretary Xavier Becerra.

“A comprehensive and swift response is key when containing a disease outbreak,” said IDPH Director Dr. Sameer Vohra. “These measures will allow the state to deploy all our resources in fighting this disease and will open efficient lines of communication and cooperation across state lines, an essential step in tracking monkeypox and improving tools and processes to prevent and address it.”

There are many causes of rash illness. However, if someone has a rash illness that they are concerned about they should talk with, or see, a health care provider about their symptoms. They should not have close contact with other individuals until they have seen a health provider if monkeypox is suspected. In general, people should avoid close, skin to skin contact with people who have a rash that might be monkeypox.