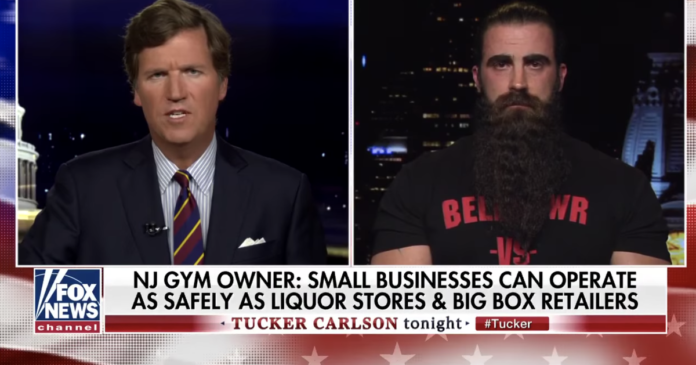 Camden, N.J. – The owners of Atilis Gym in Bellmawr were arrested and released early Monday morning after continuing to operate their business despite a judge issuing a contempt order against them on Friday.

Ian Smith, 33, of Delanco Township, and Frank Trumbetti, 51, of Williamstown, are charged with one count of fourth-degree Contempt, as well as one count of Obstruction and one count of “Violation of a Disaster Control Act,” both disorderly persons summons.

On July 24, Judge Robert T. Lougy, issued a court order for Trumbetti and Smith to vacate the gym and cease operations. From July 24 through July 27, a number of individuals were observed entered and using the gym, a direct violation of the court order.

Police said both owners refused to leave the gym when asked, leading to the charges.

Trumbetti and Smith were transported to the Bellmawr Police Department where they were charged and released.