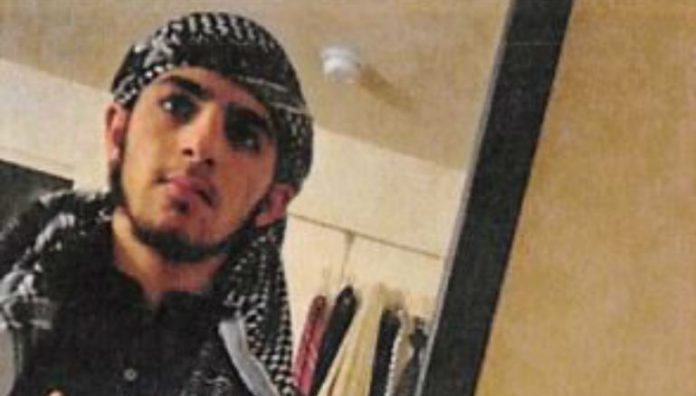 Indianapolis – Akram Musleh, 21, of Brownburg, Indiana, has been sentenced to 8 years imprisonment in connection with his plot to travel from the United States to Syria and join the Islamic State.

During the sentencing hearing today, the court heard that Musleh was arrested three years ago today, on June 21, 2016, as he boarded a bus from Indianapolis to New York City, the first stop on Musleh’s trip to North Africa, Turkey, and finally ISIS controlled territory in Syria. The court heard that Musleh had been on the radar of the Indianapolis FBI Field Office ever since the summer of 2013, when Musleh began posting videos of Anwar al-Awlaki, a member of al-Qaeda in the Arabian Peninsula (AQAP), on his various social media accounts, and praising al-Awlaki’s ideology. The FBI interviewed Musleh at Brownsburg High School (“BHS”), where Musleh was enrolled as a student, in December of 2013.

But the FBI interview did little to deter Musleh. Musleh continued to consume ISIS propaganda online, and purchase items linked to the terror group, including a black turban and a black shahada flag, the now infamous symbol of terror around the world. Between April and June of 2015, the court heard that Musleh booked four separate airplane tickets from the Chicago O’Hare Airport to Iraq and Turkey. While three of those reservations were ultimately canceled, on June 23, 2015, Musleh arrived at O’Hare and attempted to board the fourth flight. Officers with U.S. Customs and Border Protection (CBP) intercepted Musleh, then 17 years old, before he could board the flight, and prevented him from traveling. At the time, CBP searched Musleh’s bags and discovered several journals which contained quotes from multiple members of designated terrorist organizations to include: al-Qaeda, al-Qaeda in the Arabian Peninsula, al-Qaeda in Iraq, and ISIS.

Shockingly, as the court heard today, not even his encounter with CBP at O’Hare was enough to deter Musleh from his goal to join and fight with ISIS. On April 6, 2016, Musleh booked a one-way ticket from John F. Kennedy International (“JFK”) Airport in New York to Nador, Morocco, departing on June 23, 2016. Between May 1 and June 20, 2016, the FBI monitored Musleh as he continued to consume ISIS propaganda and made contact with more than 12 different ISIS fighters, supporters and facilitators around the world in a renewed effort to travel to join the terrorist organization. In his conversations with those contacts, Musleh declared his allegiance to ISIS, expressed his eagerness to join ISIS, and sought to determine the best way to travel from the United States to ISIS controlled territory in Syria or North Africa. Musleh also sought the advice of his contacts on when to travel, and the best routes to travel to avoid detection by law enforcement authorities. When one of his contacts suggested Musleh send money to support the terror organization instead of traveling, Musleh replied that he was afraid sending money would draw law enforcement attention and Musleh “[didn’t] want to lose [his] freedom before doing something massive.” At the suggestion of his contacts, Musleh also purchased a return ticket from Morocco to the United States to avoid law enforcement scrutiny of his one-way ticket.

Ultimately, Musleh was arrested on June 21, 2016, as he attempted to board a bus from Indianapolis to New York City where he intended to board the flight to Morocco. In searches of Musleh’s electronic devices the FBI recovered numerous files containing ISIS propaganda, including horrific pictures and videos depicting the violence inflicted on countless people in the middle east and north Africa. Also located on Musleh’s electronic devices were a “kill list” of U.S. service members published by ISIS, and a pro-jihad video Musleh produced and created which included a listing of Hoosier service members killed in action during Operation Iraqi Freedom.

“The homegrown radicalization of American youth is a challenge the entire country faces and one our district must rally against with swift, determined, and unwavering resolve,” said Minkler. “Enforcement is charged with and proud to ferret out and hold responsible those who engage in treacherous behavior. But this case is a stark reminder that enforcement needs the community to partner with us. If you see something, you must say something. We are pleased and grateful to the men and women of the FBI for disrupting Musleh’s plans.”

“This matter is another instance of the nature of terrorism and its pervasive reach into our communities. It also emphasizes the invaluable partnerships the FBI Joint Terrorism Task Force has with our state and local partners to identify and disrupt the activities of those like Akram Musleh – who remained unwavering in his allegiance to ISIS,” said Robert Middleton, Acting Special Agent in Charge of the FBI’s Indianapolis Division. “Today’s sentence highlights the dedication of all involved who work tirelessly every day to prevent acts of terrorism around the globe.”