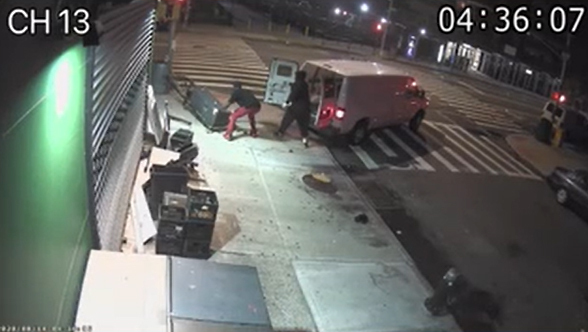 Thieves are increasingly targeting ATMs amid the pandemic and prompting many businesses to move them inside where would-be robbers can’t get to them. In one instance, surveillance footage captures a crew of thieves pulling an ATM out from its spot in front of a New York deli via a chain attached to the getaway van. They loaded it up into the back and sped off.