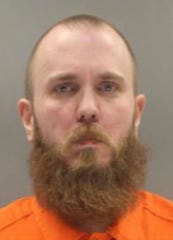 SOUTH JERSEY — Burlington County Prosecutor Scott Coffina says a 33-year-old man working as a caregiver in a Southampton home has been arrested for sexually assaulting a severely developmentally impaired girl under his care.

Edmondo DiPaolo, of the 100 block of Daniels Avenue in Pemberton Township, was charged with Aggravated Sexual Assault, Attempted Aggravated Assault and Endangering the Welfare of a Child.

He was taken into custody on March 21 and lodged in the Burlington County Jail in Mount Holly pending a detention hearing in Superior Court. The case will then be prepared for presentation to a grand jury for possible indictment.

The victim, 16, has a degenerative brain disorder and is wheelchair bound. She is unable to move or speak, and is fed and medicated through tubes. DiPaolo had been caring for her two days a week for the last seven months.

The investigation began after the victim’s family members discovered an injury to her leg. The investigation revealed that her femur bone had been broken while DiPaolo was adjusting her position prior to sexually assaulting her.

DiPaolo will be prosecuted by Assistant Prosecutor Stephen Eife, supervisor of the BCPO Major Crimes Unit – Special Victims Section. The case was investigated by the New Jersey State Police.

DiPaolo was employed as a private duty nurse by Preferred Home Health Care & Nursing Services, Inc., Anyone who suspects DiPaolo may have mistreated another patient is urged to call NJSP Detective P. Ryba at the Red Lion Barracks at 609-859-2282.