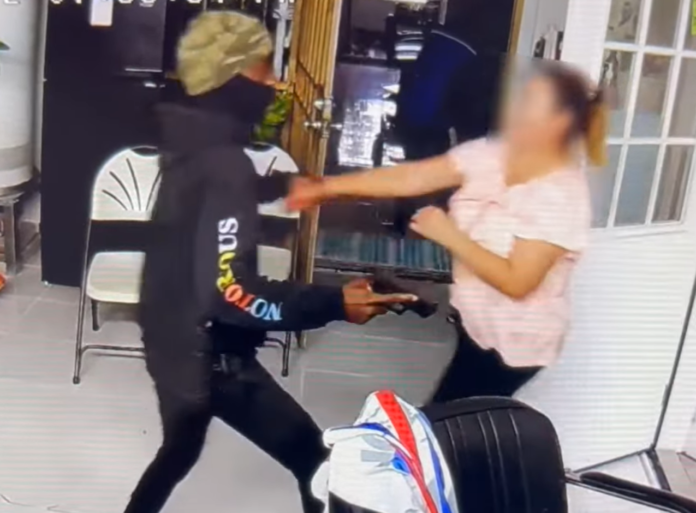 The Houston, Texas Police Department is asking for the public’s help identifying the suspects seen on video robbing a woman at gunpoint in July 2022.

On Thursday, June 22, 2022 at around 7:50 pm, the complainant was temporarily operating her hair salon out of her residence at the 8100 block of Leonora, in Houston, Texas. The complainant stated that her business had burned down, so she was only allowing a few customers into her residence so she could do their hair. The complainant stated that she was expecting a friend, so she left the back gate unlocked so they could access her back door. The complainant then heard her door knock and when she opened it, two unknown males, one armed with a handgun, forced their way into her residence. One of the males immediately went to get the cash drawer while the other suspect searched the complainants’ pockets for money. The suspects then fled the location in an unknown direction.