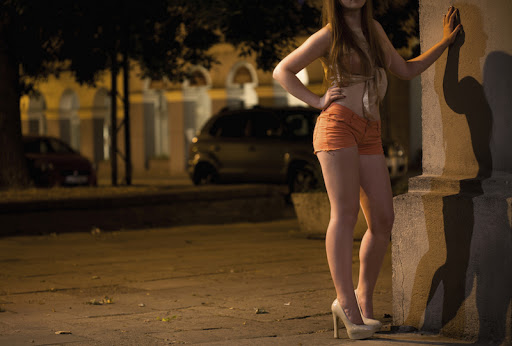 On behalf of The Los Angeles Child Exploitation and Human Trafficking Task Force in the San Gabriel Valley, the Assistant Director in Charge of the FBI’s Los Angeles Field Office, Kristi K. Johnson, and Chief Michael Ellis of the Pomona Police Department, announced the results of last week’s multi-day operation, which included the recovery of three children.

During the week of April 19-23, members of the Los Angeles Child Exploitation and Human Trafficking Task Force in the San Gabriel Valley conducted an operation along the East Holt Avenue corridor in Pomona, a known “track,” a term commonly used to describe a location for commercial sex trafficking. The Task Force is comprised of members from the Pomona Police Department’s SET Team (Sexual Exploitation & Trafficking Team), the Los Angeles County Sheriff’s Department, and the FBI, The operation focused on the identification, location and recovery of human trafficking victims with an emphasis on those suspected of having been trafficked.

On Monday April 19, 2021, two females who appeared to be very young were observed as they engaged with vehicles occupied by lone males. Both were contacted by members of the Task Force. One of the females was identified as a fourteen year old who had been reported missing; she is six months pregnant. The second female was identified as a sixteen year old. A third juvenile female whom investigators determined had been reported missing, is seventeen years old. In one case, the victim told investigators she had been working as a prostitute since the age of twelve. All three juveniles were reported missing from cities outside of Pomona. All juveniles were turned over to the care of the Los Angeles County Department of Children and Family Services.

The First Responder Protocol is an agreement between the Los Angeles County Department of Children and Family Services (DCFS), The Department of Probation and local law enforcement, all of whom work cooperatively to provide a victim-centered approach to juvenile victims of human trafficking. Three DCFS employees and three victim advocates responded during last week’s operation.

Throughout the remainder of the week, enforcement operations were conducted along Holt Avenue. In total, seven females and four males were arrested for commercial sex trafficking-related crimes, in addition to the recovery of the three juveniles. Five of the seven females accepted services from victim advocates.

It is not uncommon for victims who are rescued to return to commercial sex trafficking either voluntarily or by force, fraud or coercion. This harmful cycle highlights the challenges victims face and those faced by law enforcement when attempting to keep victims from returning to an abusive situation. Victims may not self-identify as being trafficked or may not even realize they’re being trafficked. It is not uncommon to locate victims who were considered vulnerable missing children prior to their recovery.

The FBI caseload for both sex and labor trafficking-related crimes has increased significantly in the past several years. As of November 2020, there were more than 1,800 pending trafficking investigations including those involving minors exploited through commercial sex trafficking. Today, the FBI leads 86 Child Exploitation and Human Trafficking Task Forces around the nation and participates in Anti-Trafficking Coordination (ATC) Teams in 12 offices, including in Los Angeles. The ATC Teams are intended to streamline coordination on the front lines of federal human trafficking investigations and prosecutions.

In fiscal year 2020, the FBI initiated 664 human trafficking investigations nationwide, resulting in the arrests of 473 traffickers. The FBI also collects and posts human trafficking statistics through its annual crime report.

In addition to recovering child victims who are missing or engaged in commercial sex trafficking or who are otherwise being exploited, much needed resources are provided to victims to ensure that their short- and long-term needs are met. Resources may include immediate medical requirements; legal services; housing; employment; education; job training; and childcare, among others.

Task Force Investigators believe there may be other unidentified victims related to the Holt Avenue operation and and urge anyone with information to contact the Pomona Police Department at (909) 622-1241 or the FBI. In Los Angeles, the FBI can be reached 24 hours a day at 310-477-6565. Information about human trafficking victims can also be reported to the National Human Trafficking Resource Center Hotline at 1-888-373-7888, via text message to 233733, or by visiting visit https://humantraffickinghotline.org/ The NHTRC is a national, confidential, toll-free hotline, with specialists available to answer calls at all times.