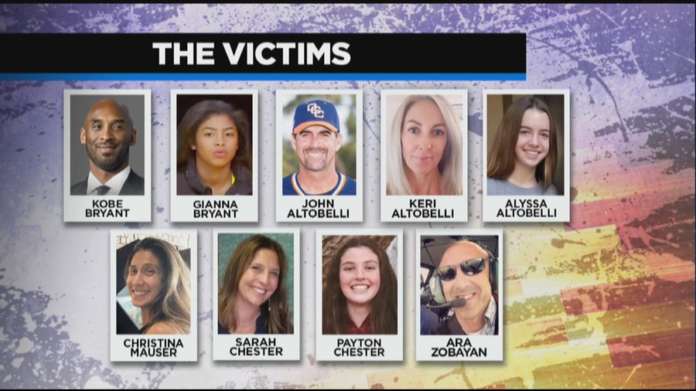 The bodies of the nine people who died in a helicopter crash in Calabasas on Sunday have been recovered, the Los Angeles County Department of Medical Examiner-Coroner announced.

On Sunday afternoon, personnel from the department’s Special Operations Response Team (SORT) recovered three bodies from the helicopter wreckage located in the 4200 block of Las Virgenes Road in Calabasas.

The next day, the search continued for the other six helicopter occupants. Soon after, their bodies were located, removed from the crash site and transported to the department’s Forensic Science Center.

Currently, investigators are working on identifying the decedents. Additionally, body examinations are in progress.