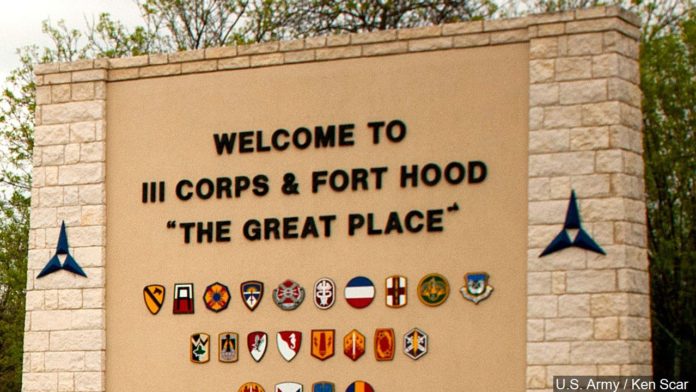 The person, a male, was located around 10:30 a.m. local time “after a Burlington Northern Santa Fe (BNSF) train reported observing a body lying next to the tracks three-quarters-of-a-mile west of South Fort Hood Street along U.S. 190,” according to KWTX.

“The decedent has been identified but the family has not been notified. The decedent does not appear to be associated with Fort Hood,” the Bell County Sheriff’s Office said in a statement.

The cause of death remains under investigation.

On Sunday, officials at the Military base announced a female soldier had gone missing. It is not believed these incidents are related.

Officials At Fort Hood Ask For Help In Search of Pfc. Jennifer Sewell, Who Has Vanished From The Military Base – https://t.co/hlr5Aea0kz pic.twitter.com/HRYa6BeKdl