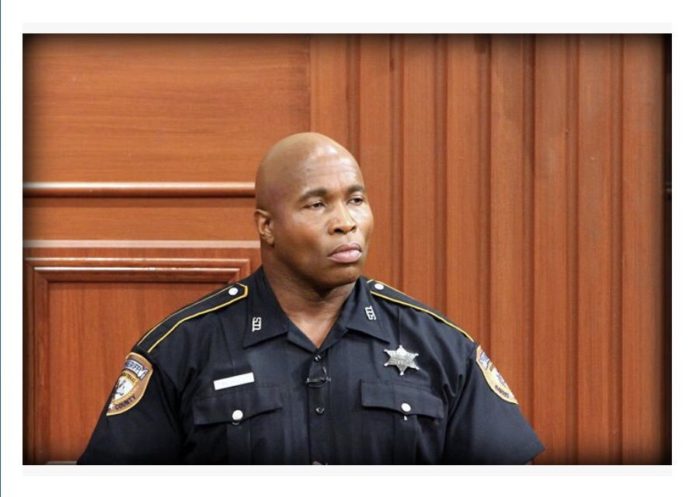 TEXAS — Houston police are investigating the fatal shooting of a woman that occurred in the 5000 block of Briscoe Street about 3:10 a.m. on Sunday.

The victim, Patricia Ann Marshall Spivey, 52, was pronounced dead at the scene.

HPD patrol officers responded to a shooting in progress call at a residence in the 5000 block of Briscoe Street. Upon arrival, officers learned the situation involved a domestic disturbance between an off-duty Harris County Sheriff’s Office deputy and his wife, Ms. Spivey. The deputy suffered a gunshot wound to the leg and his wife was pronounced dead at the scene.

The deputy was transported to an area hospital where he was treated and released. He was later charged with her murder, court records show.

Deputy Renard Spivey appeared on the TV reality show “Justice for All with Judge Cristina Perez” from 2012-2016.

It was unclear what evidence led police to charge Spivey with his wife’s murder.

“The Harris County Sheriff’s Office family extends our sincere condolences to the family of Patricia Spivey as they mourn the loss of their loved one,” said Sheriff Ed Gonzalez. “While the facts of this specific case will be determined by a jury, I encourage all victims of domestic violence to seek assistance from law enforcement and others whom they trust. I also ask anyone who suspects a friend or loved one may be the victim of abuse to persist in helping them escape a potentially deadly situation.”