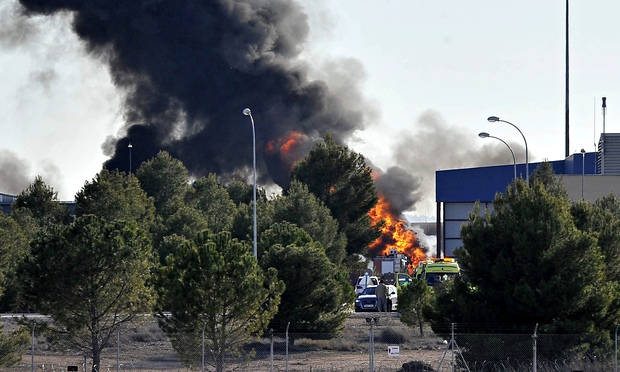 The Greek fighter jet crashed into other planes and exploded at the Los Llanos airbase in Albacete in central Spain.

One of the pilots performed a wrong manoeuvre during take-off, according to local media. Both pilots were killed.

Another 13 people have been injured, six of them seriously, according to officials.

The crash sent flames and a plume of black smoke billowing into the air.

Most of the victims are not believed to be Spanish, officials say.