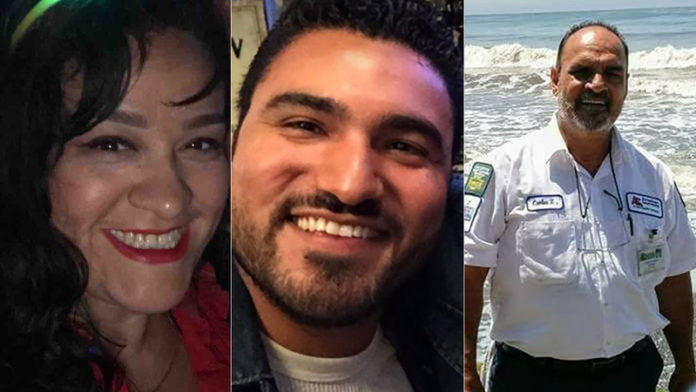 A man was charged today with killing four people, including his father and brother, and injuring two others during a shooting spree last week in the San Fernando Valley, the Los Angeles County District Attorney’s Office announced.

On July 25, Zaragoza is accused of fatally shooting his 56-year-old father, Carlos Ignacio Zaragoza, and his 33-year-old brother, Carlos Pierre Zaragoza, at a residence in the 21900 block of Roscoe Boulevard in Canoga Park. The defendant also allegedly shot his mother in the hand.

Zaragoza then went to North Hollywood where he is accused of killing a former girlfriend, Azucena Lepe-Ayala, 45, at a gas station near the Burbank Airport. A man also was wounded in the attack, the prosecutor said.

The defendant allegedly tried to rob a man outside of a bank in Canoga Park hours later. Zaragoza also is accused of killing Detwonia Harris, 55, aboard a bus that had stopped in Van Nuys.

Zaragoza was later found and arrested.

If convicted as charged, Zaragoza faces a possible maximum sentence of life in state prison without the possibility of parole or death. A decision on whether to seek the death penalty will be made at a later date.