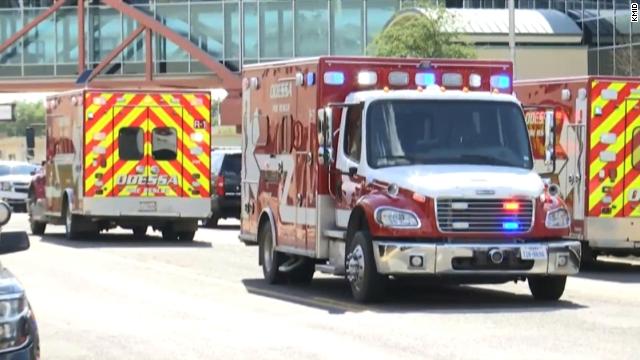 Statement from the Texas Department of Public Safety:

Today at approximately 3:13 p.m. (CST), Texas Department of Public Safety (DPS) Troopers attempted to conduct a traffic stop on a gold passenger vehicle on Interstate 20 westbound near mile marker 131. Prior to the vehicle coming to a complete stop, the male driver (and only occupant in the vehicle) pointed a rifle toward the rear window of his car and fired several shots toward the DPS patrol unit. The patrol unit was occupied by two Troopers, and one was hit by the gunfire. The suspect fled the scene and continued shooting innocent people, including a Midland police officer and an Odessa police officer.

DPS initially provided and will continue to provide resources and support for this incident, including Troopers, Special Agents, Texas Rangers, multiple aircraft and our Major Crime Scene Unit.

This is an ongoing investigation, and no additional information will be released by DPS at this time. For information on victims of this shooting and any other questions, we would refer you to the Odessa Police Department.