Former New York City Police Officer Merlin Alston, was sentenced this afternoon in Manhattan federal court to a prison term of 20 years for participating in a long-running conspiracy to distribute approximately 200 kilograms of cocaine in the Bronx while he was an active-duty police officer, as well as for using firearms to protect members of that conspiracy.

According to court papers and evidence admitted at trial:

From 2010 to 2014, Alston, who at the time was an active NYPD police officer, conspired with others to distribute large quantities of narcotics. Alston personally delivered approximately 40 kilograms of cocaine during that time, and in total members of his conspiracy delivered approximately 200 kilograms of cocaine. In addition, Alston  provided armed security to a cocaine trafficker, using a shotgun and his NYPD service weapon to do so. Alston also provided confidential information about law enforcement operations, including arrests and surveillance, to several Bronx drug dealers. 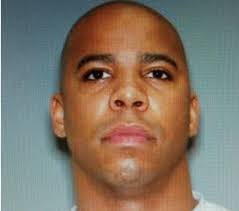 Acting U.S. Attorney Joon H. Kim stated: “Merlin Alston betrayed his city and his shield. Instead of serving and protecting the citizens of New York City, as he swore an oath to do, Alston served and protected drug dealers, participating in a long-running conspiracy to distribute hundreds of kilograms in the Bronx. For his criminal betrayal that included sharing confidential police information with drug dealers, Alston was convicted by a jury and now sentenced to 20 years in federal prison.”