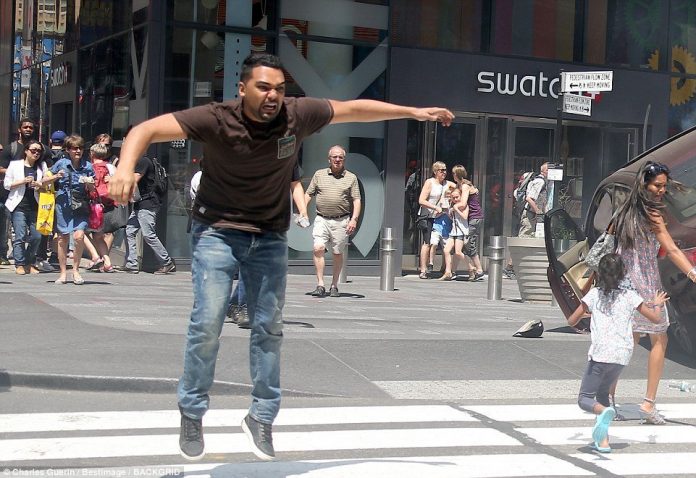 At approximately 1155 AM, a 2009 Honda Accord passenger vehicle mounted the sidewalk on the west side of 7th Avenue at West 42nd Street in Times Square. The vehicle, occupied by a male driver, proceeded to drive at a high rate of speed along the sidewalk from 42nd Street to 45th Street, striking a number of pedestrians along the way.

The Honda eventually came to a stop on the northwest corner of West 45th Street, where it collided with a metal stanchion. Along the route, the subject’s vehicle struck twenty-three (23) pedestrians causing multiple injuries and one fatality. Twenty-two (22) victims were removed to local hospitals.

The driver, a 26-year-old male identified as Richard Rojas, a resident of the Bronx, was taken into custody at the scene. A preliminary investigation reveals that Rojas has two arrests for DWI-related incidents. Detectives are currently reviewing any other criminal history for the subject.

Further investigation is ongoing. At this point, there is no indication that this incident was terrorism-related.