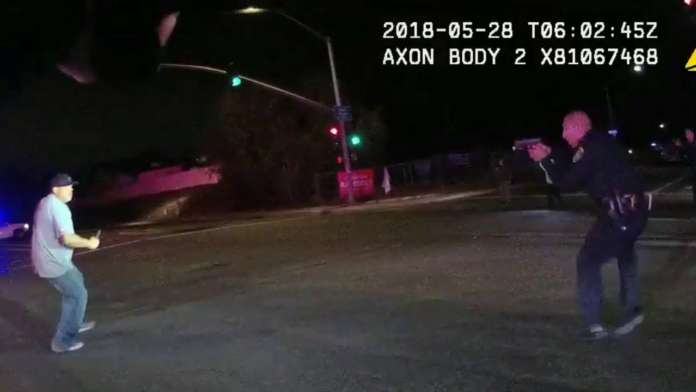 The City of San Diego released Friday body-worn camera video and hundreds of pages of documents related to a 2018 officer-involved shooting. Raul Rivera was shot and killed by police on Hollister Street and Tocayo Avenue in May 2018 after police say he came at them with a knife. The new documents show police collected 28 9mm cartridge casings, nine bean bag cartridge casings, and four Taser cartridges from the scene. At one point, the video shows police tasing Rivera. He appears to rip off the barbs and continued to struggle. After several minutes, the violent scene comes to an end when police shoot and kill Rivera. They say he charged them with a knife.