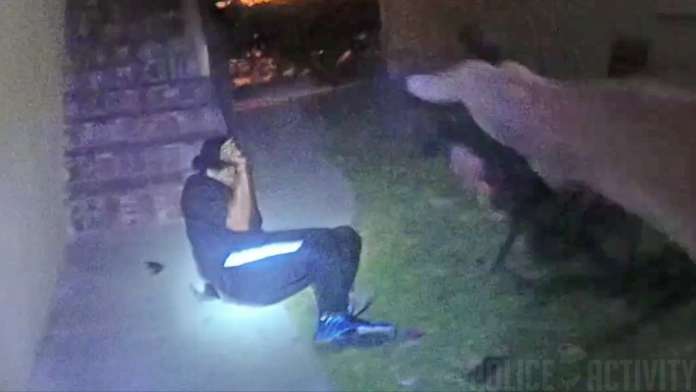 CALIFORNIA — (Scroll Down For Video) — On July 26, 2019, around 9:40 p.m., LAPD, uniformed Gang Enforcement Detail officers, assigned to 77th Division were conducting extra patrol in the vicinity of 47th Street and Budlong Avenue for gang suppression in the Vermont Square Park. As the officers were conducting a footbeat through the park, they saw a male suspect (later identified as 39-year old, Jarron Edmond) run from their location, and appeared to be armed. The officers ran after Edmond and followed him into the courtyard of an apartment building, located on the 4700 block of S. Budlong Avenue. Edmond then produced a handgun and an Officer-Involved- Shooting occurred. Edmond was struck and was taken into custody without further incident.

The Los Angeles Fire Department paramedics responded to the scene and transported Edmond to a local hospital where he received further medical treatment and was listed in stable condition. A .38 caliber handgun was located next to Edmond and recovered as evidence. Fortunately, no officers or innocent bystanders were injured during this incident. LAPD’s specialized Force Investigation Division (FID) responded to the scene and began interviewing witnesses and collecting forensic evidence. A representative from the Office of the Inspector General responded and monitored the scene investigation.