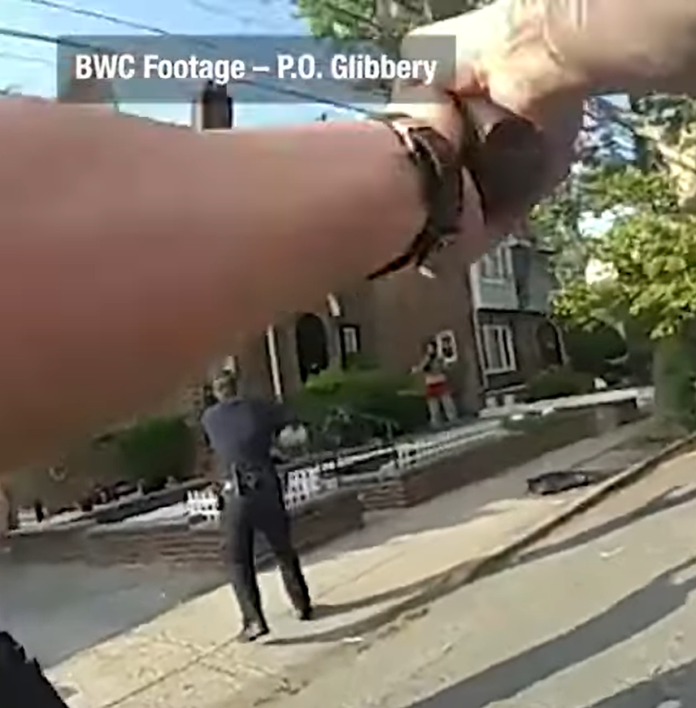 Watch all footage below:

Upon arrival, Sergeant Gagnon, Officer Perullo, Officer Alles, Officer Correggia, and Officer Glibbery took cover behind an unoccupied vehicle parked on the north side of 116th Avenue. Officer Lockwood and Officer Rosa took cover behind an unoccupied vehicle parked on the south side of 116th Avenue. From these positions, the officers maintained a vantage point on the front of 205-17116th Avenue. Shortly thereafter, Hardy emerged from the front door of 205-17 116th Avenue. As the officers shouted verbal commands for him to show them his hands, Hardy removed a firearm from his person and pointed it in the direction of the officers. He then shouted “fuck you, bitch” and began to discharge the firearm. Hardy discharged at least four shots from his firearm. In response, the officers discharged a total of 130 shots from their service firearms. Hardy was struck by the gunfire several times about his body and fell to the ground. His firearm was later recovered from the vicinity of where he fell. During, the confrontation, Hardy was armed with a Walther PK380 .380 caliber firearm which he discharged several shots from. Hardy was taken by ambulance to Jamaica Hospital Medical Center where he was later pronounced deceased.