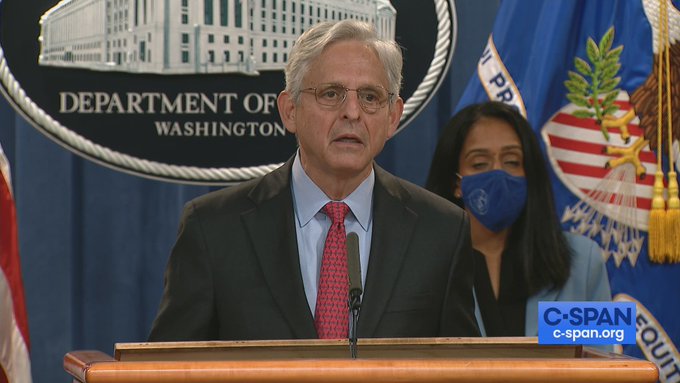 Attorney General Merrick B. Garland announced today that the Department of Justice has filed a lawsuit to prevent the State of Texas from enforcing Senate Bill 8 (SB8), which went into effect on Sept. 1 and effectively bans most abortions in the state.

The complaint seeks a declaratory judgment that SB8 is invalid under the Supremacy Clause and the Fourteenth Amendment, is preempted by federal law, and violates the doctrine of intergovernmental immunity. The United States also seeks an order, preliminarily and permanently, enjoining the State of Texas, including its officers, employees and agents, including private parties who would bring suit under the law, from implementing or enforcing SB8.

“The Act is clearly unconstitutional under longstanding Supreme Court precedent,” said Attorney General Garland. “The United States has the authority and responsibility to ensure that no state can deprive individuals of their constitutional rights through a legislative scheme specifically designed to prevent the vindication of those rights.”

According to the complaint: Texas enacted SB8 in open defiance of the Constitution by banning abortion at approximately six weeks in nearly all cases. The law violates individuals’ rights to have an abortion procedure prior to viability, which is usually around 24 weeks. Additionally, the law contains no exceptions for pregnancies that result from rape, sexual abuse, incest or for pregnancies involving a fetal defect incompatible with life after birth.

The prohibitions in SB8 apply to anyone who performs or induces a prohibited abortion, anyone who “knowingly” “aids or abets” the performance or inducement of a prohibited abortion, and even anyone who “intends” to perform or aid a prohibited abortion. Additionally, instead of relying on the state’s executive branch to enforce the law, as is the norm in Texas and elsewhere, the state has deputized ordinary citizens to serve as bounty hunters, statutorily authorized to recover at least $10,000 per claim from individuals who facilitate a woman’s exercise of her own constitutional rights. The complaint challenges that this unprecedented scheme is designed to evade judicial review.