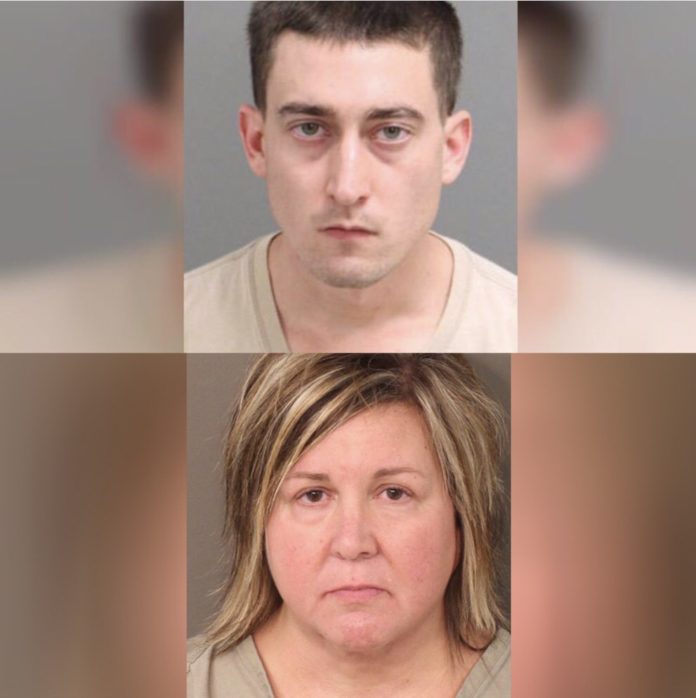 A woman from Ohio who allegedly sexually assaulted numerous children under the age of 5 was sentenced to only 30 days in jail Monday.

On Tuesday, 28-year-old Andrew Jonathan Bowles, of Benson, North Carolina was sentenced to 30 years in prison followed by 15 years of supervised release after he sent child pornographic videos and images to an undercover FBI agent.

Kimberly Hignite, 52, admitted to 14 counts of misdemeanor child endangerment. Hignite was accused of sexually abusing multiple children, between the age of 7 months and 5 years, at a non-registered daycare at her home in Grover City, Ohio.

“This woman had 23 children in her home daycare and had on ongoing sexually abusive relationship with several of the children,” Franklin County Prosecutor Ron O’Brien said. “It’s not touching somebody on the shoulder, touching them in an inappropriate place that is of a sexual nature. Hignite had touched them in their private areas and had two of the kids touch each other in private areas.”

The Columbus Dispatch reported: She was indicted in June 2018 on five counts of gross sexual imposition and 17 counts of child endangerment for allegedly engaging in sexual misconduct with children in her care between February 2011 and May 2018.

Detectives searched Hignite’s home in May 2018 after two children who attended her day care said they were sexually abused by Hignite, according to court records. Detectives found 23 children in the home. Hignite was not home, and the only adult present was her 71-year-old mother, who used a walker.

Meanwhile, in the case of Andrew Bowles, cops in Washington, D.C. conducted an undercover investigation that identified an online profile out of North Carolina that was posting on internet forums about a desire to have sex with children. Metro PD referred the investigation to the FBI in North Carolina, who reached out to the target profile using an undercover investigator. In November of 2017, Bowles repeatedly expressed interest in engaging in sexual activity with the undercover persona’s supposed 10-year-old daughter. Bowles also distributed child pornographic files to the FBI’s undercover persona.

Law enforcement executed a search warrant at Bowles’ Benson home on December 6, 2018. They seized multiple electronic devices, which were found to contain over 2,600 images and 1,200 videos of child pornography. Bowles agreed to be interviewed and admitted to downloading and sharing child pornography.

Further forensic examination of Bowles cellphone revealed that he had communicated online with children under 16 years old in an attempt to convince the children to send him sexual photographs. On two occasions, Bowles was successful, convincing minors to produce and send to him photographs depicting their genitals. FBI agents were able to identify the victims and confirm their interactions with Bowles.

Bowles was sentenced to 30 years.

In the case of Kimberly Hignite, Franklin County Common Pleas Judge William Woods said the case was “difficult,” adding, “I certainly understand the pain of the families in this case, the seriousness of the trust that is placed upon day cares, the impact day cares have on the children. The court hopes again that the families are successful in overcoming the harm that has been done in this case.”

Was justice served in either case? Leave a comment below!