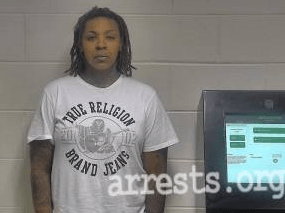 Cleoretta Allen, 41, of Louisville, Kentucky, pleaded guilty today in the U.S. District Court for the Western District of Kentucky to two counts of sex trafficking by force, fraud, or coercion and one count of interstate transportation for prostitution.

According to court documents, the defendant used violence, threats, fear, and intimidation to coerce two young women to engage in commercial sex acts in the Louisville area between September 2017 and October 2017. Allen also transported the victims from Kentucky to Georgia to engage in commercial sex. On Oct. 31, 2017, the victims contacted the police, which resulted in the defendant’s arrest.

“Human traffickers have no limits and will find victims anywhere,” said Special Agent in Charge James Robert Brown Jr of the FBI’s Louisville Field Office. “Through investigations like this with our law enforcement partners, FBI Louisville is fiercely focused on freeing victims from the abusive life of sex trafficking and bringing to justice those who exploit them.”

In accordance with the plea agreement, the defendant faces a sentence of 15 to 19.5 years in prison. She is further subject to a maximum fine of $250,000 per count of conviction, as well as mandatory restitution to the victims. Sentencing will be scheduled on a later date.