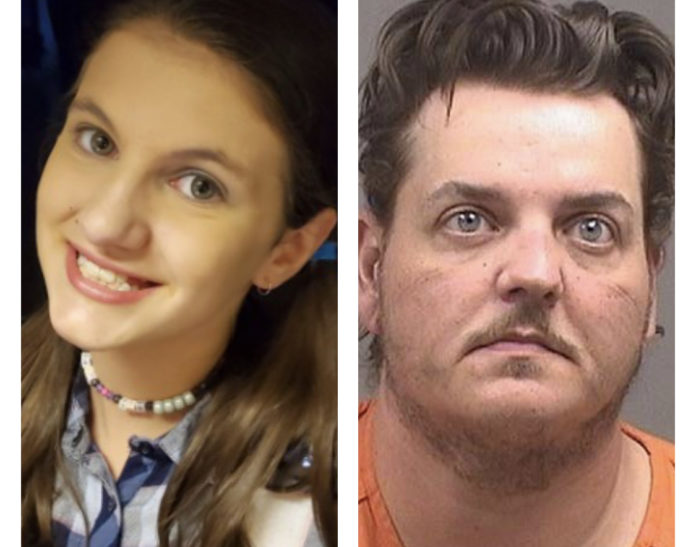 LONOKE COUNTY, Arkansas – A 14-year-old North Carolina girl was located safe in Arkansas Saturday night–more than a week after she was reported missing. Her alleged abductor is dead following a shootout with officers.

The following is information provided by the Davidson County (NC) Sheriff’s Office:

On February 11, 2021 The Davidson County Sheriff’s Office initiated an investigation after 14-year-old Savannah Grace Childress was reported missing from her residence on Canaan Church Road in southern Davidson County. Early on in the investigation it was discovered that Savannah was using her Davidson County Schools issued computer to communicate with an individual using multiple online platforms. As the investigation progressed investigators discovered the same individual was also talking to several other juvenile females in Alamance County. The Alamance County Sheriff’s Office was able to interview these juveniles and provide beneficial information regarding this individual. The individual in question was identified as 38-year-old William Ice of Mercer County Pennsylvania. Investigators were able to determine that William Ice had removed Savannah from her residence on February 11 and were also able to identify a red Dodge Durango that he was possibly driving. The Davidson County Sheriff’s Office obtained arrest warrants for Ice for first degree kidnapping and soliciting a child by computer.

Utilizing several law enforcement partners including the North Carolina State Bureau of Investigation, the Federal Bureau of Investigation, the United States Secret Service, the United States Marshal’s Service and the Pennsylvania State Police leads were developed to indicate that Ice was in the area of a McDonalds in Lonoke County Arkansas near Interstate 40. The information was passed on to law enforcement in that area including the Lonoke Police Department, Lonoke County Sheriff’s Office and the Arkansas State Police.

Next is a release provided by the Arkansas State Police:

The Federal Bureau of Investigation, joined by multiple state and local law enforcement agencies, continue to piece together today a series of incidents that ended last night when a Lonoke police officer was shot and wounded. The Arkansas State Police Criminal Investigation Division is leading the investigation as it relates to the officer involved shooting at 1834 Arkansas Highway 31 in Lonoke and a second crime scene south of Lonoke where a fugitive wanted in at least two states was wounded and later died.

At approximately 8 PM (Saturday, February 20, 2021) two Lonoke police officers on patrol duty recognized a Dodge sport utility vehicle parked at the McDonald’s restaurant near Interstate 40. It appeared to be a vehicle used in connection with a North Carolina child abduction case. The officers exited their patrol car and approached the suspect vehicle. The officers could see two people inside the SUV and ordered the driver to get out of the vehicle. The driver, later identified as William Robert Ice, 38, of Jackson Center, Pennsylvania, complied with the orders, but as he exited, aimed a gun at one of the officers and began shooting, critically wounding the officer. The second Lonoke officer, who was uninjured, returned gunfire as Ice re-entered the vehicle and fled.

An Arkansas State Trooper already in the area heard police radio communications reporting an officer down and spotted the suspect vehicle leaving the McDonald’s parking lot. The trooper pursued the vehicle through Lonoke, south along Arkansas Highway 31, and onto Raprich Road, where it became disabled in a snowbank. A 14-year-old female passenger fled from the vehicle and was secured by a state trooper. Inside the SUV, the trooper found Ice critically injured from what preliminarily appears to be a self-inflicted gunshot wound.

Working with sheriff’s deputies in Davidson County, North Carolina and Special Agents with the North Carolina State Bureau of Investigation, Special Agents of the Arkansas State Police Criminal Investigation Division were able to identify the 14-year-old passenger as the victim in a child abduction case. Ice, who died at a Little Rock hospital earlier today, was also wanted by Pennsylvania law enforcement authorities in connection with other child predator cases. His body has been submitted to the Arkansas State Crime Laboratory to determine the manner and cause of death. The wounded Lonoke police officer is reported to be in stable condition at a Little Rock hospital.

SEARCH IS ON: More than 100 people have gathered at a church in Denton, NC, to set out on an organized search for 14-year-old Savannah Grace Childress. She’s been missing since February 11. An Amber Alert has been activated. @WFMY pic.twitter.com/8nCTAEjWsz