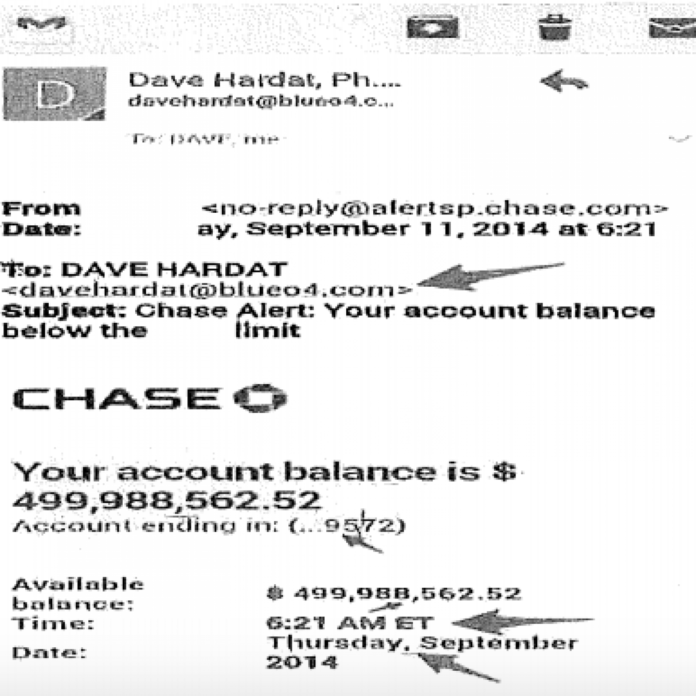 LOS ANGELES – A Canadian national was sentenced today to 87 months in federal prison for running a $7.5 million Ponzi scheme in which he defrauded investors by posing as a successful beverage entrepreneur with close ties to well-known business executives and professional sports stars, including NBA star Stephen Curry.

Khemraj Dave Hardat, 50, a former resident of the Ritz-Carlton Residences at L.A. Live in downtown Los Angeles who has been in federal custody since his arrest last November, was sentenced by United States District Judge Dale S. Fischer, who said Hardat was “not a misguided businessman; he was a very skillful fraudster.”

Hardat was sentenced after pleading guilty on April 22 to five counts of wire fraud. When he pleaded guilty, Hardat admitted that, from August 2014 through November 2018, he raised money from investors by falsely holding himself out as a successful investor and businessman in the performance beverage and water-bottling industries. Hardat duped his investors by falsely representing that he had a doctorate and that he maintained relationships with established business figures such as computer entrepreneur Michael Dell and the chief executive officer of PepsiCo.

Hardat falsely claimed that professional basketball star Stephen Curry would be endorsing one of his company’s products, and that PepsiCo and Dr. Pepper Snapple Group, Inc. owed him more than $100 million as the result of purported business deals he had consummated with them.

In reality, Hardat used investor funds to pay off his personal debts, purchase luxury cars worth more than $100,000 each, pay rent at the Ritz-Carlton Residences, pay tuition to exclusive private schools, and purchase luxury boxes and tickets for sporting and entertainment events. Hardat also admitted that, in the style of a Ponzi scheme, he made payments to prior victim-investors out of subsequent victim-investors’ money. During the course of the scheme, Hardat took in approximately $7.5 million from investors, who suffered losses of more than $6.4 million.

“Fleeing the fallout and escaping the consequences of frauds he perpetrated in Canada, defendant immigrated to the United States, where he overstayed his visa and reconstituted his lucrative, luxurious life of financial crime,” prosecutors wrote in a sentencing memorandum. “[Hardat] befriended neighbors, fellow parents at his children’s school, and entrepreneurial would-be co-venturers, whose trust, loyalty, and hopes he carefully nurtured, only to betray them at the earliest opportunity.”

This matter was investigated by the Federal Bureau of Investigation.