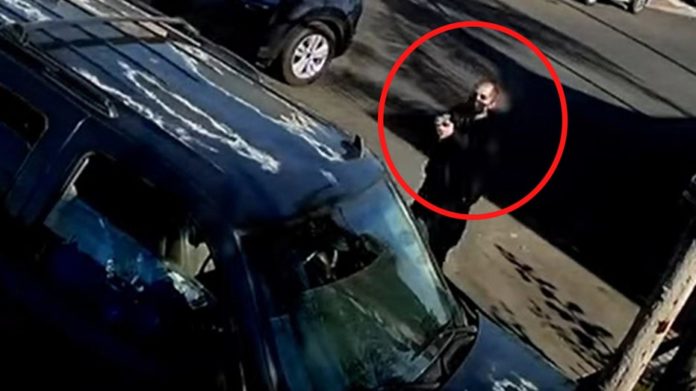 On February 2, 2022, around 2:10 p.m., Newton Patrol Officers responded to a radio call of a shooting investigation in the 200 block of East 28th Street. Upon arrival, officers discovered the 16-year-old victim, Hector Flores, suffering from a gunshot wound. Los Angeles Fire Department responded to the area and transported the victim to a local hospital for treatment. Flores failed to respond to medical aid and was pronounced dead at the hospital.

During the investigation, detectives obtained surveillance video which captured the suspect and the shooting. The suspect drove up to the location, exited his vehicle and approached the victim’s vehicle. The suspect shot the victim while he was seated in the vehicle.

The suspect is described as a male Hispanic, shaved head, wearing dark clothing, wearing a face covering. The vehicle used by the suspect is believed to be a 2017-2019 Kia Sportage SUV, metallic blue in color.

Tipsters may also visit www.lapdonline.org, and click on “Anonymous Web Tips” under the “Get Involved-Crime Stoppers” menu to submit an online tip. Lastly, tipsters may also download the “P3 Tips” mobile application and select the L.A. Regional Crime Stoppers as their local program.