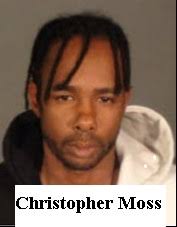 In February North Hollywood Area Officers responded to a domestic violence radio call. During the officers investigation it was discovered that the victim had been engaging in commercial sex acts at the demand of her trafficker.

Operations Valley Bureau Human Trafficking Task Force assumed the investigation and went into action and was able to provide the victim with advocate services.

The LAPD is working in collaboration with other cities and states who may have an investigative interest in this case.

As the officers continued the human trafficking investigation it was obvious more victims were involved and needed to be located. Police are asking for the public’s assistance in locating any additional victims. Detectives believe there are additional victims who have not filed police reports.

The above photograph is a tattoo that was branded onto one of the victims. Often times a human trafficker will brand their victims as a sign of ownership in the pimp culture. The crown represents royalty and when the victim has earned it, the human trafficker will brand them. This specific tattoo also had the letter ‘D’ and inside is the $ symbol.

Christopher Moss moniker is “Daddy Cash” and the ‘D’ represents Daddy and the $ symbol represents cash.

It is important to note that any victim that comes forward, will not be in any kind of trouble. Officials have resources available to victims that come forward.