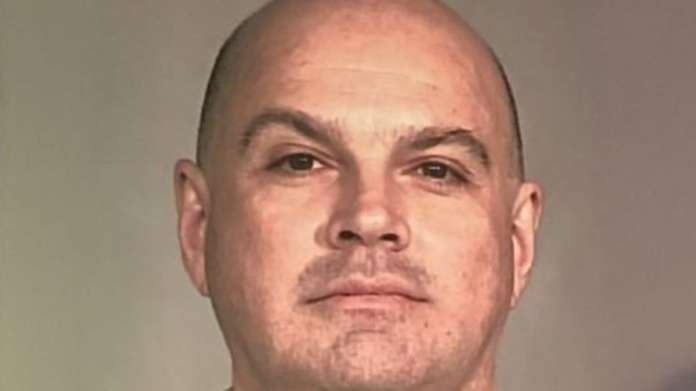 “The conduct alleged here is outrageous. It makes you angry,” FBI Assistant Director Bill Sweeney told reporters. “If you’re not angry, you don’t have a soul.”

Geoffrey S. Berman, the United States Attorney for the Southern District of New York, has unsealed an indictment charging Lawrence Ray, a/k/a “Lawrence Grecco,” with multiple offenses, including extortion, sex trafficking, and forced labor. As alleged in the indictment, Ray used physical and psychological threats and coercion to indoctrinate and exploit a group of college students in Westchester County as well as other victims. Ray extorted approximately $1 million from at least five victims; forced certain victims to perform unpaid labor; and caused, through force, fraud, and coercion, at least one victim to engage in commercial sex acts. He laundered the proceeds of his crimes through an internet domain business.

Manhattan U.S. Attorney Geoffrey S. Berman said: “As alleged, for nearly a decade, Lawrence Ray exploited and abused young women and men emotionally, physically, and sexually for his own financial gain. College is supposed to be a time of self-discovery and new-found independence. But as alleged, Lawrence Ray exploited that vulnerable time in his victims’ lives through a course of conduct that shocks the conscience. Through his manipulative interrogation sessions, Ray made his victims confess to alleged wrongdoing and then compelled them to repay Ray alleged damages owed to him, through payments of hundreds of thousands of dollars, or worse, forced labor and sex trafficking. We hope that today’s charges bring some measure of comfort to the victims and their families. We thank the FBI and the NYPD for their extraordinary work on this case.”

FBI Assistant Director William F. Sweeney Jr. said: “Mr. Ray allegedly used his proximity to his victims to lay the groundwork for psychological conditioning, eventually leading several young adults to become unwitting victims of sexual exploitation, verbal and physical abuse, extortion, forced labor, and an egregious case of prostitution. For the better part of the last decade, we allege there was no limit to the abuse Ray’s victims received, and there is no way of knowing the amount of damage he may have caused them in the years to come. If you or someone you know came into contact with Mr. Ray, we are asking you to get in touch with us at 1-800-CALL-FBI. We want victims to know in the eyes of the FBI, they come first.”

NYPD Commissioner Dermot Shea said: “The NYPD and all of our law enforcement partners share an unwavering commitment to protecting survivors of human trafficking. This crime is among the most heinous, and our job is to ensure that anyone who would seek to profit through the abuse and exploitation of another human is brought to justice.”

According to the allegations in the Indictment:

From in or about 2010 through the present, Ray, a/k/a “Lawrence Grecco,” subjected a group of college students and other victims to sexual and psychological manipulation and physical abuse. His tactics included sleep deprivation, psychological and sexual humiliation, verbal abuse, threats of physical violence, physical violence, threats of criminal legal action, alienating the victims from their families, and exploiting the victims’ mental health vulnerabilities.

Through this manipulation and abuse, Ray extracted false confessions from the victims to causing purported damages to RAY and his family and associates, and then extorted payment for those purported damages through several means. The victims made payments to RAY by draining their parents’ savings, opening credit lines, soliciting contributions from acquaintances, selling real estate ownership, and at his direction, performing unpaid labor for RAY and earning money through prostitution.

As alleged, through fear, violence, and coercion, Ray forced one female victim to engage in commercial sex acts to pay damages to Ray that she did not actually owe. Beginning when she was just a college student, Ray sexually groomed this victim, and collected sexually explicit photographs and other personal information which he then used to coerce her into continued commercial sex acts. Ray also used physical violence. On one occasion, as alleged, Ray tied his victim to a chair, placed a plastic bag over her head, and nearly suffocated her. In total, Ray collected over $500,000 in forced prostitution proceeds from this victim.

In addition, as alleged, Ray forced three female victims to perform unpaid labor on a family member’s property in North Carolina. Through a course of psychological and physical abuse, Ray forced these three victims to do extensive physical labor, sometimes in the middle of the night, for no pay.

Associates of Ray helped Ray collect and transfer the criminal proceeds, which RAY shared with at least two associates. Ray then laundered his criminal proceeds through an internet domain business.

If you believe you are a victim of Lawrence Ray, please contact the FBI at 1-800-CALL FBI, and reference this case.