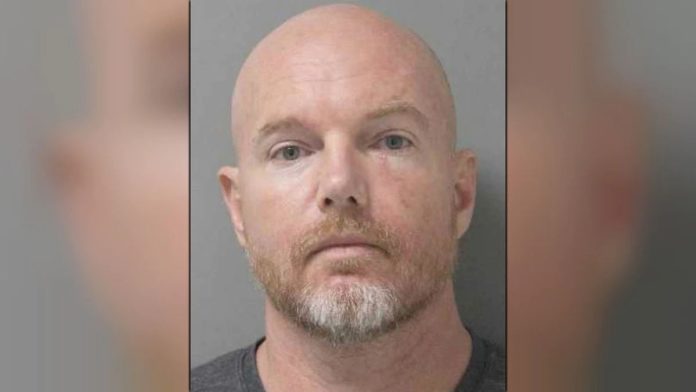 On December 16, 2020, Kelley was indicted by a grand jury and charged with use of a facility of interstate commerce in the commission of murder-for-hire. The charge stemmed from a letter that Kelley wrote while incarcerated at Ouachita Correctional Center (OCC) and awaiting trial for the rape and molestation of his then-12-year-old and 8-year-old stepdaughters.

One of the victims had told officers that Kelley forced her to engage in sexual activity “at least two hundred times,” KNOE reported.

In the letter, Kelley tried to hire someone to kill his ex-wife, who is the mother of the victims in the sex crimes case. Kelley mailed the letter to an individual in Monroe.

Evidence introduced at the federal trial this week revealed that Kelley obtained the address to which he mailed the letter from another inmate at OCC. Believing the individual who lived at that address would carry out the murder, Kelley offered “$10k for the job” for the individual to put “2 in the chest, 2 in the head” and to “make sure it counts.” Kelley drew a map in both blue and black ink of the area where his ex-wife worked. In an effort to avoid the letter and crime being traced back to him, Kelley used another inmate’s name for the return address. Kelley caused the letter to be mailed from OCC via the United States Postal Service.

On the night of December 10, 2019, the individual who lived at the address to where Kelley mailed the letter received and read the contents of the letter. The letter provided a physical description of the victim, the vehicle she drove, where she worked and her normal schedule to arrive at work. The letter stated that it “HAS to look like a robbery.” Realizing that the letter was soliciting someone to commit a murder, the individual took the letter to the Ouachita Parish Sheriff’s Office the next morning.

Law enforcement officers were able to pull surveillance video from OCC. The video showed that, on December 5, 2019, Kelley was sitting on his bed writing a letter. Kelley can be seen in the video alternating between two different pens, which was consistent with the two ink colors used to draw the map. Later that same day, Kelley can be seen taking an envelope into the cell of the inmate who provided the address of the hopeful hitman. Kelley sat on the fellow inmate’s bed and addressed the letter. Moments later, the inmate whose name Kelley used on the return address of the letter entered the cell and engaged in a conversation with Kelley and the other inmate. Later that evening, Kelley can be seen giving the letter to another inmate who in turns gives it to a correctional officer for mailing.

On December 30, 2019, law enforcement officers obtained and executed a search warrant for the Pods at the OCC where Kelley was housed at the time of the incident. Deputies found in Kelley’s belongings a blue and black in pen. They found in the other inmate’s bunk the address of the individual to whom Kelley mailed the letter.