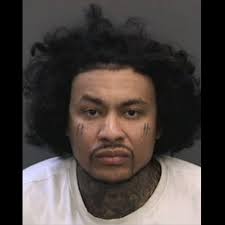 According to the complaint, on or about April 9, 2021, law enforcement coordinated an operation in Tampa to identify and rescue victims of human trafficking, and to identify and arrest their traffickers. As part of this operation, an undercover officer arranged to engage in prostitution with a minor victim at a local hotel in exchange for $800. A male, later identified as Muldrew, then drove the minor victim to the hotel, dropped her off, and drove to nearby mall parking lot to wait. After being dropped off, the minor victim entered the hotel room where she was met by detectives. Law enforcement officers arrested Muldrew at the mall parking lot and searched him, recovering multiple fictious identity documents for both himself and the minor victim.

Subsequent investigation revealed that, from February until April 2021, Muldrew had trafficked the minor victim across the country to engage in prostitution, including in Texas, New Jersey, Maryland, North Carolina, Georgia, and ultimately Florida, where he was arrested.

If convicted on all counts, Muldrew faces a maximum penalty of life in federal prison.