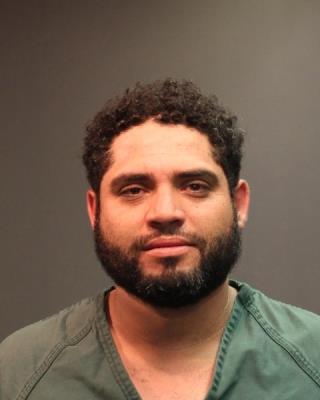 SANTA ANA, CA — On Tuesday, at 8:39 am, a male Hispanic suspect, for unknown reasons using a large metal pipe, destroyed the front doors and made entry into the Johnson Chapel AME Church located in the 1300 block of West 3rd Street.

Detectives used evidence left at the crime scene by the suspect to identify him as Joel Fabian Sandoval. His current charges are Felony Vandalism and Vandalism to a Place of Worship.

The damages are estimated in excess of $2000. During his interview with Detectives, the suspect confessed to the entire crime. Police say statements made by the suspect indicated this was not a hate crime, nor was he a member of the congregation.

Detectives, once obtaining the identity of the suspect, found that SAPD Officers had arrested Sandoval on the same day of this incident on an unrelated vandalism charge at a residence in the 1500 block of West McFadden Avenue. During that incident, he randomly damaged a garage door.