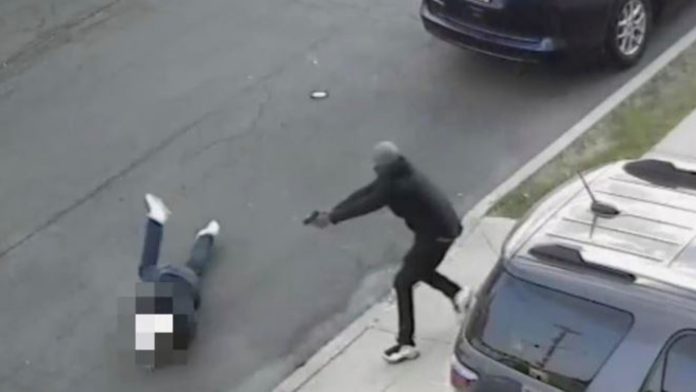 A second superseding indictment was unsealed today in federal court in Brooklyn charging Anthony Zottola, Sr., Jason Cummings, Alfred Lopez, Julian Snipe and five previously charged defendants with murder-for-hire conspiracy and related charges in connection with the fatal shooting of Zottola, Sr.’s father, Sylvester Zottola, on October 4, 2018, and the near-fatal shooting of his brother, Salvatore Zottola, on July 11, 2018. The four new defendants were arrested last night and this morning, and will be arraigned this afternoon before United States Chief Magistrate Judge Roanne L. Mann. A fifth new defendant, Branden Peterson, is a fugitive.

“As alleged, Zottola Sr. set in motion a deadly plot to kill his father and brother, with Bloods gang members carrying out extreme acts of violence to collect a payoff for the hits,” stated United States Attorney Donoghue. “Zottola. Sr. and Shelton referred to the planned murders as ‘filming’ a movie, but thanks to the outstanding work of law enforcement, the ending of their plot will take place in a federal courthouse.”

“There is apparently no love lost between Mr. Zottola and his family members, so much so he allegedly hired members of the Bloods gang to kill his brother and father,” stated FBI Assistant Director-in-Charge Sweeney. “After several botched attempts on both mens’ lives, sadly his father did not survive the last attack. The FBI and our law enforcement partners have evidence of astounding violence in this case, and now Zottola and all his alleged hitmen will face justice.”

“The co-conspirators in this case committed acts of extreme violence, with murder as their ultimate goal,” stated NYPD Commissioner O’Neill. “I want to thank the investigators who worked on this case to bring these violent criminals to justice.”

According to court filings, Anthony Zottola, Sr. allegedly hired co-defendant Bushawn Shelton, a member of the Bloods street gang, to carry out the murders of his father and his brother. Shelton, in turn, recruited others to commit the murders. In text messages with Shelton, Zotolla, Sr. referred to the planned murder as “the filming” and the “final scene” – with his father as “the actor” and the hit man as “the director.”

In furtherance of the plot, between September 2017 and October 11, 2018, multiple violent attacks were committed against Sylvester Zottola and Salvatore Zottola. On November 26, 2017, Sylvester Zottola was menaced at gunpoint by a masked individual. On December 27, 2017, three men invaded Sylvester Zottola’s residence, struck Zottola on the head with a gun, stabbed him multiple times and slashed his throat. Zottola survived the attack.

On July 11, 2018, a gunman shot Salvatore Zottola multiple times in the head, chest and hand in front of his residence. Zottola survived the shooting.

On October 4, 2018, Sylvester Zottola was shot to death in his vehicle as he waited to pick up his order at a McDonalds restaurant drive-through in the Bronx. Shortly thereafter, a co-conspirator texted Shelton, “Done.” Minutes later, Shelton texted Zottola, Sr., “Can we party today or tomorrow?” After agreeing to meet the following day, Zottola, Sr. assured Shelton that he would have his payment ready soon: “I have the cases of water in a day or so.” A photograph recovered from one of Shelton’s cellular telephones depicts a cardboard box of bottled water, as well as over $200,000 in banded currency. On October 7, 2019, Zottola, Sr. texted Shelton, “All good. Did you drink the water. Was it the right one,” to which Shelton responded, “Definitely was the right one thanks I was able to water the plants and get some of them squared away.”

Earlier this morning, law enforcement executed search warrants at three of the defendants’ residences. A handgun was recovered at Snipes’ apartment, and approximately $100,000 in U.S. currency was seized at Zottola, Sr.’s home.

Previously charged for their roles in the murder-for-hire plot and awaiting trial are Shelton, Herman Blanco, Arthur Codner, Kalik McFarlane and Himen Ross.

If convicted of conspiring to commit a murder-for-hire, the defendants face a mandatory penalty of life imprisonment, or possibly the death penalty.