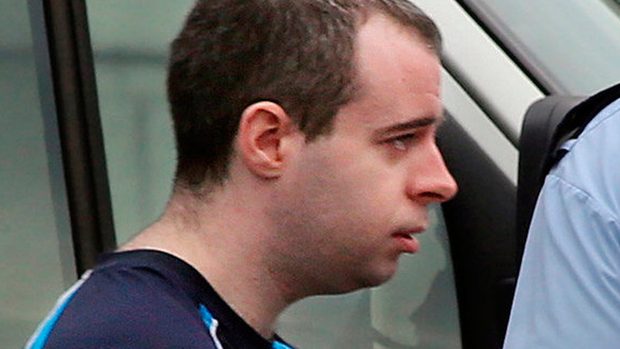 A dual national of the United States and Ireland was sentenced today to 324 months, or 27 years, in federal prison followed by a lifetime of supervised release for conspiracy to advertise child pornography.

Eric Eoin Marques, 36, of Dublin, Ireland, pleaded guilty on Feb. 6, 2020 to conspiracy to advertise child pornography. According to court documents, between July 24, 2008 and July 29, 2013, Marques operated a free anonymous hosting service located on the dark web, an area of the internet that is only accessible by means of special software, allowing users and website operators to remain anonymous or untraceable. The hosting service hosted websites that allowed users to view and share images documenting the sexual abuse of children, including the abuse of prepubescent minors and violent sexual abuse. The investigation revealed that the hosting service contained over 200 child exploitation websites that housed millions of images of child exploitation material. Over 1.97 million of these images and/or videos were not previously known by law enforcement. Many of these images involved sadistic abuse of infants and toddlers.

“The defendant’s web service anonymously hosted hundreds of insidious criminal communities dedicated to the sexual exploitation of children, which openly and notoriously spread millions of images of child sexual abuse across the globe,” said Assistant Attorney General Kenneth A. Polite Jr. of the Justice Department’s Criminal Division. “This complex, global investigation, lengthy and successful extradition, and substantial jail sentence are proof of the Department’s steadfast and unwavering commitment to identifying and bringing to justice criminals who hide behind anonymous networks to abuse and exploit the world’s children.”

“Eric Marques was one of the largest facilitators of child pornography in the world,” said Acting U.S. Attorney Jonathan F. Lenzner for the District of Maryland. “This is an egregious case where one individual hosted and helped others to share millions of horrific images and videos of the abuse of children, including more than a million not previously known to law enforcement, and attempted to keep the abuse hidden on the dark web. We are grateful to our law enforcement partners here and abroad for helping us to bring Eric Marques to justice. We will continue to do everything we can to find and prosecute those who use the anonymity of the internet to perpetuate the cruel and heartless business of the sexual abuse of children.”

“Today’s sentencing of Eric Marques sends a clear message to perpetrators of this egregious crime that no matter where you are in the world, law enforcement will hold you accountable and bring you to justice,” said Assistant Director Calvin Shivers of the FBI’s Criminal Investigative Division. “The FBI combats crimes against children and stands up for vulnerable children across the globe.”

“Europol is pleased to have played its part in what ranks as one of the most important investigations ever conducted into child sexual abuse,” said Head of the European Cybercrime Centre Edvardas Šileris of Europol. “I applaud the great work of the FBI and our many other law enforcement partners in Europe and beyond for their cooperation on a global scale to tackle this most heinous crime and bring this dangerous individual before court. Ensuring the safety of children by identifying those who have been victimized and educating children to avoid these harms remains a top priority for Europol.”

As described in public documents, this case was a part of a path-marking global investigation that targeted thousands of users of more than 200 websites operating on the Tor network and dedicated to the trade of child pornography. The Criminal Division’s Child Exploitation and Obscenity Section (CEOS), the FBI, and Europol conceived of and executed a globally coordinated criminal investigation of then-unparalleled scope, which pooled resources of over a dozen countries that deployed over 70 law enforcement agents to Europol, which served as the hub for operational support, facilities, and information sharing. Through this investigation, more than 200 child sexual exploitation websites were taken offline (along with hundreds of other sites sponsoring or facilitating criminal activity); the activities of tens of thousands of online child pornographers were disrupted; over four million images and videos of child sexual abuse were seized (including more than 100 previously unknown series of child abuse images and new images from more than 50 existing series); and dozens of offenders were identified and prosecuted throughout the world.