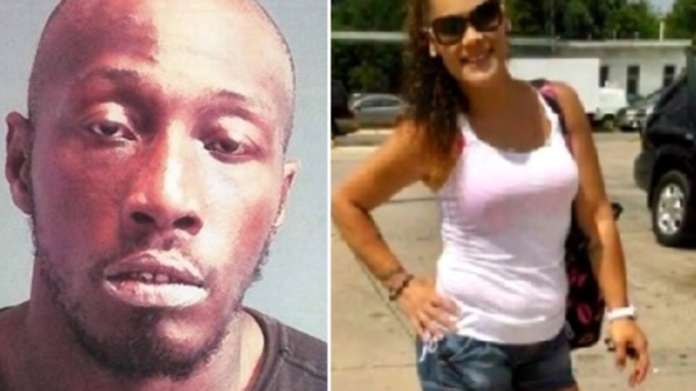 BALTIMORE — Willard Turner, 35, was found guilty of the abduction and the murder of 29 year old victim, Tiffany Jones in August 2018. The defendant was convicted of the following charges: first-degree murder; arson; kidnapping; conspiracy to kidnap; false imprisonment; and, conspiracy. He is facing three life sentences plus 80 years for his crimes and is scheduled for sentencing on February 4, 2020.

On August 21, 2018, at approximately 2:37 pm, the Baltimore Police Department (BPD) responded to the Family Dollar located in the 3600 block of Potee Street in the Brooklyn community in reference to an abduction. Upon arrival, officers learned that the victim, Tiffany Jones, was taken from the rear of the location by a male known as “Philly” – later identified as Willard Turner – and a female named, Bobie, who was the driver of the getaway black pickup truck. Witnesses at the kidnapping were familiar with the two suspects and provided police with information used to identify both suspects. The tag number was also given to officers by a witness. Officers ran the tag number and found that the owner of the truck was Bobie Barncord’s father, Darin Barncord.

The next day, at approximately 9:08 am, the fire department responded to call for a fire and found a lifeless naked and bound female identified as the victim, Tiffany Jones. While at the scene, the black pickup truck was also located along with Darin Barncord. Bobie was subsequently arrested near the murder scene and both suspects were taken to the homicide unit to be interviewed. Police obtained a search warrant for the black pickup truck and after the vehicle was processed, officers found the victim’s shoes in the back seat floorboard area.

Willard Turner was later captured in Philadelphia and on August 31, 2018, he gave a statement admitting to his involvement in the kidnapping of Tiffany Jones but denied killing or setting her on fire. A Special Agent Certified Fire Investigator from the Bureau of Alcohol, Tobacco, Firearms and Explosives’ (ATF) Baltimore Field Division assisted investigators in this case by determining the origin and cause of the fire that killed Ms. Jones. The investigation confirmed that Turner along with Bobie Barncord kidnapped, tortured and then killed the victim, before setting her body on fire.

“While nothing can bring Ms. Jones back, I pray this guilty verdict brings some peace of mind to the victim’s family who has had to endure the unimaginable,” said State’s Attorney Marilyn Mosby. I want to commend ASA Traci Robinson for her diligent efforts to prosecute this case and the Baltimore Police Department and ATF’s Baltimore Field Division for their assistance with identifying and investigating the perpetrators in this case. Their partnership was key to bringing justice to the criminals responsible for this heinous crime.”