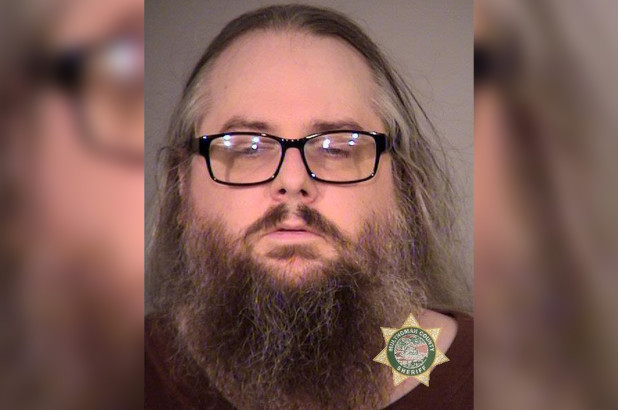 On Dec. 6, 2018, after a four-day trial and deliberating for just 20 minutes, a federal jury in Portland convicted Kowalczyk on nine counts of producing child pornography.

“First and foremost, I commend the victims and their families for the strength they exuded while cooperating with a very difficult investigation,” said Brad Bench, special agent in charge of HSI Seattle. “Individuals like Kowalczyk, who prey on those they are charged to care for, are extremely dangerous to our children and the community. HSI, along with our law enforcement partners, are committed to bringing these appalling crimes to an end.”
“Andrew Kowalczyk’s abuse and torture of his victims was unthinkable and will forever impact their lives,” said Billy J. Williams, U.S. Attorney for the District of Oregon. “Kowalczyk tried every conceivable tactic to delay prosecution and rob his young victims of the justice they deserve. Today his attempts to delay punishment for his horrific crimes have ended.”

“One victim in this case asked Kowalczyk “why” he committed these horrible acts of violence. We can finally say to this now-young woman that Kowalczyk will never be able to hurt a child again. The bravery, resolve and strength this young woman demonstrated throughout this investigation is a big reason why,” said Renn Cannon, special agent in charge of the FBI in Oregon.

According to court documents and information shared during trial, law enforcement first learned of Kowalczyk’s abuse in early 2008. On December 27, 2007, a Des Moines, Washington police officer stopped Kowalczyk for several traffic violations. Kowalczyk did not own the vehicle he was driving, did not have a driver’s license and gave the officer a false name. After refusing the officer’s request to step out of the vehicle, Kowalczyk fled, leading police on a high-speed chase that was later terminated for public safety reasons.

Kowalczyk was later located at the Northwest Motor Inn in Puyallup, Washington. A records check run on the alias used by Kowalczyk to book his hotel room returned an outstanding arrest warrant for failing to appear in an unlawful use of a weapon case in Washington County, Oregon. Kowalczyk was arrested early the next morning when attempting to leave the hotel in a cab. Officers seized Kowalczyk’s personal belongings including several pieces of luggage and a backpack.

In January 2008, Puyallup police detectives sought and obtained a state warrant to search computer equipment, a digital camera and digital storage devices found in Kowalczyk’s luggage. The search returned a tremendous amount of child pornography including a number of images and videos that appeared to be homemade. Numerous videos and images depicted an unidentified male sexually abusing two very young children. Metadata embedded in many of the digital images revealed that they were created using the same camera found in Kowalczyk’s luggage.

Investigators were later able to track down the Portland motel rooms Kowalczyk rented for the family. Kowalczyk took photos of himself sexually abusing two of the minor victims at each location. He took sexually explicit photos of the third minor victim at his apartment in Southeast Portland. In March 2008, investigators conducted a federal search warrant of a storage locker Kowalczyk rented in Woodlawn, Washington. They found a sofa, a mirror and several shirts depicted in the pornographic images found on Kowalczyk’s devices.

Since he was first indicted in February 2008, Kowalczyk sought the replacement of counsel more than a dozen times and filed extensive motions to suppress evidence, causing a decade-long delay in bringing the case to trial. Amidst his in-court attempts to delay, Kowalczyk also obstructed or attempted to obstruct justice from prison by asking his father to retrieve incriminating hard drives before they could be seized by law enforcement and soliciting the murder of an Assistant U.S. Attorney.

The case was investigated by Homeland Security Investigations (HSI), the FBI, the Portland Police Bureau, and the Puyallup and Des Moines, Washington Police Departments. It was prosecuted by Scott M. Kerin and Gary Y. Sussman, Assistant U.S. Attorneys for the District of Oregon.