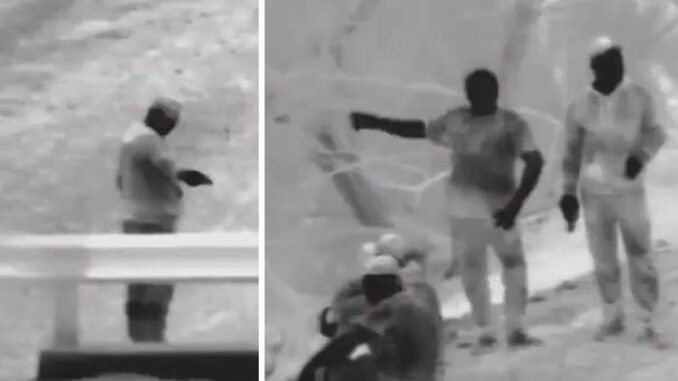 YUMA, Ariz. – An armed subject was seen shooting several times toward the border wall near San Luis after illegally crossing into the United States from Mexico early Thursday morning.

At approximately 2:55 a.m., camera operators viewed five subjects standing on the west side of the border after they illegally crossed into the United States. The group had traversed east through the dry Colorado riverbed. One of the subjects was seen shooting several times toward the secondary border wall west of San Luis.

A short time later, a truck arrived from Mexico and picked up all five subjects. The individuals crossed back into Mexico and drove away on a nearby Mexican highway before agents could respond.