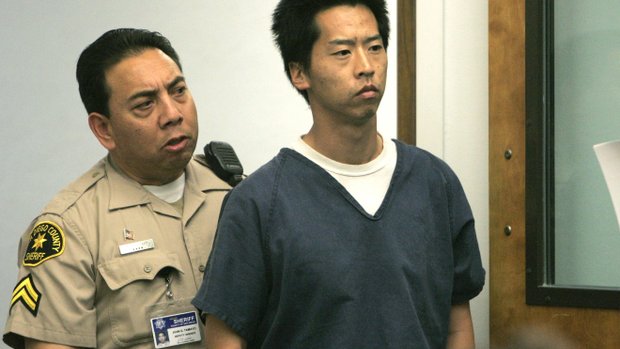 A mentally ill man who killed his mother with a hammer and partially dismembered her body after she quit financially supporting him was sentenced to 25 years to life in prison in Vista, California.

Jurors at the trial determined that the defendant was sane at the time of the murder.

Judge Harry Elias denied motion for a new trial on Tuesday before delivering the sentence.

Sherry Chu Chang’s body was found on January 25, 2010 at her home after she did not show up for work. The body had 75 wounds, including blows to her back, scalp, arm, all delivered by hammer.

The defendant used a knife to cut off her right arm, which was found by investigators in the refrigerator.

A piece of her skull was found in a drawer.

Prosecutor Solof said that Bryan Chang killed his mother in “cold blood” and attempted to clean up the evidence before leaving.

The defendant used Sherry Chang’s credit card after the murder and took $2,000 from her purse.

He had been diagnosed with paranoid schizophrenia and was described as “very sick” and insane at the time of the murder, according to defense attorney Kathleen Cannon.

Sherry Chu Chang’s niece sent a letter to the court that was read by a prosecutor on Tuesday.

“It is something no family should ever experience,” she wrote, of her aunt’s brutal murder.