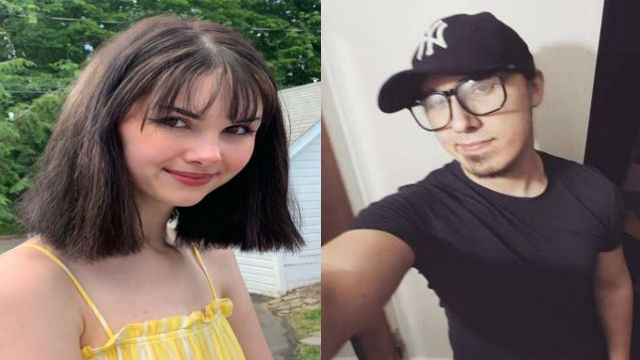 The alleged killer also used the opportunity to apologize for the horrific crime.

“I know she didn’t deserve what happened to her,” Clark said.

“And I think that I need to realize that what I did, I can’t undo as much as I want to, and I need to face it. And I apologize to all the people that knew and loved her. I apologize to everybody affected by this.”

Background: On July 14, 2019, Oneida County Dispatch received numerous calls informing them that a male individual had posted to a social media site that he had killed his girlfriend, and was threatening to harm himself. It was posted that this occurred in Utica, NY, and as such, The Utica Police Department began a search for the male and female.

The male in question then called 911 himself and made incriminating statements with respect to the homicide. He also was alluding the fact that he was going to harm himself. After determining that the calls were originating on Poe St in City of Utica, officers were dispatched to that location. Poe St is a dead end street, which runs east to west from Culver Ave. The street terminates into a wooded area where the first arriving officer located a black SUV with a male lying on the ground beside it. The officer approached this male, and almost immediately, he began to stab himself in the neck with a knife. The officer requested emergency medical care, and the Utica Fire Department arrived soon after.

After attempting to injure himself, he laid down across a green in color tarp that was on the ground some distance away. The officer immediately noticed brown hair protruding from beneath the tarp and inquired as to where the injured female was. The male advised him that the female was beneath the tarp, and proceeded to pull out a cell phone. It was at this time that is believed that the male took self-photographs of himself laying across the deceased female.

Other officers arrived within moments, and together they engaged the male. They were able to disarm the male, and after a brief struggle, they took him into custody. He was then transported to St. Elizabeth’s Hospital where he underwent emergency surgery. His injuries were severe; however, he is expected to survive. An interview with him will be undertaken today, and following that charges will be levied.

As more personnel arrived on scene, the investigation commenced. Officers and investigators needed to verify the condition of the female underneath the tarp, and as such, it was pulled back. Once this occurred, it was learned that a young female had suffered extensive injuries to her neck, and was obviously deceased. Numerous items of evidentiary value were located immediately around the body, as well as in and around the black SUV.

To continue the investigation officers had to determine the relationship between the male and female involved. A tentative identification had been developed at this time, and they began to explore her history. With respect to their relationship, it was learned that the two had met on the social media platform Instagram two months ago. They utilized this as a means of communication primarily, and their relationship progressed into a personally intimate one. They had spent time together, and were acquainted with each other’s families.

On Saturday July 13th, 2019 the two had planned to go to a concert together in New York City. Police say that they in fact did go to the concert, arriving around 7:30PM. They left the venue and proceeded back to Utica sometime after 10:00PM. It is believed that some sort of argument ensued at the venue that precipitated the following engagement between the two.

Sometime during the early morning hours of Sunday July 14, 2019 the two arrived back in Utica and proceeded to the Poe St location. The investigation revealed that the argument progressed until the killer produced a large, black handled knife, and used this to inflict the injuries that caused her death.

During this time it is believed that he took and distributed photographs of the killing on the Discord platform, showing her throat cut open. Members of Discord then viewed the images and posts and contacted the Utica Police Department.

Police confirm the images distributed of both the victim and the offender’s injuries are authentic and occurred at the time of the incident. Police are working with the various social media platforms to address the sharing and distribution of these images.

The name of the victim is Bianca Devins, age 17 of Utica NY
The offender, Brandon Clark, age 21, has a current address of Bridgeport/Cicero NY.