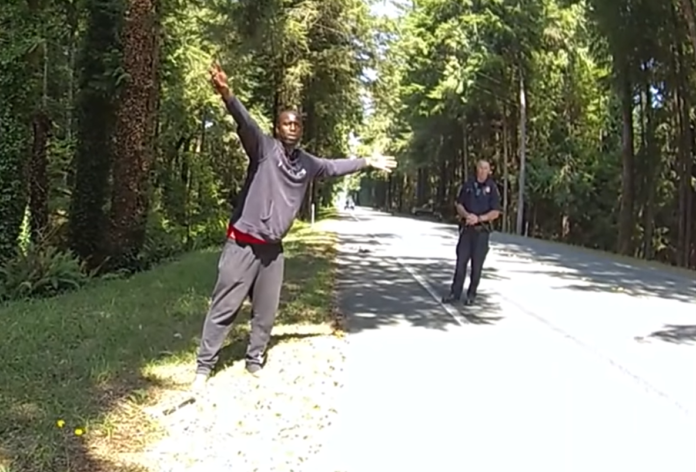 The incident began at 2:45 p.m. on August 25, 2021 when the California Highway Patrol and the DNSO responded to a 911 call at Parkway Drive and Sherwood Lane in Del Norte County, California.

Deputies found a disabled vehicle that was blocking the roadway and Anderson holding a knife and walking in the traffic lanes.

Anderson initially dropped the knife but was shot by officers when he picked it up and lunged at them.