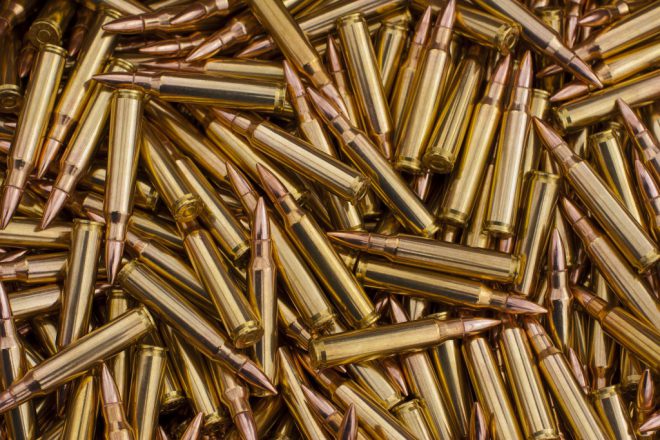 KANSAS CITY, Mo. – A Kansas City, Mo., man who reportedly struck and dragged a police officer with his vehicle and stockpiled a large number of firearms in preparation for a shootout with officers was sentenced in federal court today for illegally possessing methamphetamine and firearms.

On Nov. 29, 2018, Leroy pleaded guilty to possessing methamphetamine with the intent to distribute and to possessing firearms in furtherance of a drug-trafficking crime.

Law enforcement officers responded to the home of Leroy’s parents on Nov. 15, 2016, to attempt to locate him following a report of his involvement in the assault of a law enforcement officer in Kansas City, Kan., earlier that morning. According to reports, a motorcycle officer with the Kansas City, Kan., Police Department had stopped Leroy, who was driving a BMW, after Leroy’s vehicle struck a road sign. As the officer was standing in the open door of Leroy’s vehicle, Leroy began to speed away. The officer was struck and thrown to the ground, then dragged 30 to 40 feet. Leroy fled from the scene; the officer sustained minor injuries.

When officers searched the basement of Leroy’s parents’ residence, where he was living, officers saw a firearm and a plastic bag of marijuana protruding from a black backpack. Officers obtained a search warrant for the residence and seized, from the basement, a Palmetto .223-caliber rifle, a DPMS .223-caliber rifle, an Intratec 9mm pistol, a Smith & Wesson .38-caliber revolver, a Sig Sauer .357-caliber pistol, a Springfield Arms .45-caliber pistol, multiple live rounds of ammunition, and a ballistic vest. Officers also seized methamphetamine, marijuana, pills, drug paraphernalia, and several cellular telephones.

Leroy was arrested on Aug. 23, 2017. Officers saw Leroy exit a Winnebago recreational vehicle that was parked in a lot at 4900 Raytown Road. A 2012 Ford F-150 pickup truck was parked in the driveway. Leroy, who returned to the Winnebago, started the truck remotely and refused to come out. Tear gas canisters were deployed into the front passenger side of the vehicle, after which Leroy opened the door, holding his girlfriend from behind. Leroy’s right hand was behind her back and he was wearing a holster, but did not have a gun. Leroy was arrested by the officers.

According to court documents, Leroy reportedly obtained a large number of firearms in the event he became engaged in a standoff with police officers.

This case was prosecuted by Assistant U.S. Attorney Alison D. Dunning. It was investigated by the FBI, the Kansas City, Mo., Police Department, and the U.S. Marshal’s Service.