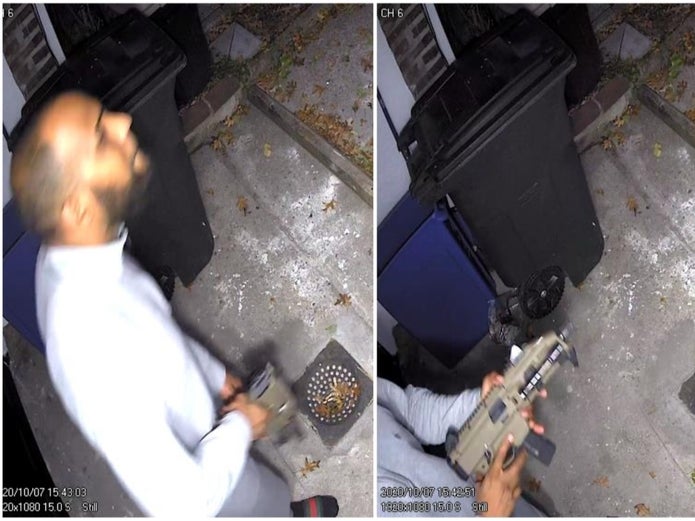 On October 7, 2020 at 6:45 p.m., members of NYDETF Group T-31 were conducting surveillance as part of a short term narcotics investigation when they observed Liriano outside of his home at 85-25 Elliot Avenue in Middle Village, Queens. Liriano was accompanied by a bulldog and carrying what appeared to be an assault rifle.

As members of Group T-31 drove closer to Liriano, they first observed him allegedly holding the assault rifle behind his back. Liriano then appeared to “cock” or load the rifle and place it in front of his body. Liriano allegedly pointed the rifle at an NYPD detective inside an unmarked car as it drove by. The detective’s vision then became obstructed by a blinding light. The detective exited his car, announced that he was a member of law enforcement, and ordered Liriano to drop his weapon. Instead of complying, Liriano immediately went inside 85-25 Elliot Avenue.

Soon afterwards, members of the NYPD’s Emergency Services Unit (ESU) arrived and disabled surveillance cameras pointing outside of the residence. Soon thereafter, Liriano exited the building and was taken into custody.

Members of Group T-31 and the Special Narcotics Prosecutor’s Office obtained a court authorized search warrant for 85-25 Elliot Avenue and a car parked in the garage of the residence soon after 11 p.m. During a search of the residence, members of NYDETF discovered a white powdery substance around the toilet on the ground floor of the residence. NYDETF members also observed and recovered an extensive home security system with multiple cameras, as well as approximately three pounds of marijuana, a loose round of ammunition, a scale and a bulletproof vest.

In a search of the car, agents and detectives uncovered a hidden compartment containing three loaded guns: a semi-automatic pistol, an EVO 9mm carbine assault rifle and a MAC-11 submachine gun with a suppressor (used to eliminate muzzle flash). They also seized approximately 85 grams of cocaine, handcuffs and ammunition.

During a criminal court arraignment on October 9, 2020, Liriano’s attorney said he denied being armed in front of his house on the day of his arrest. 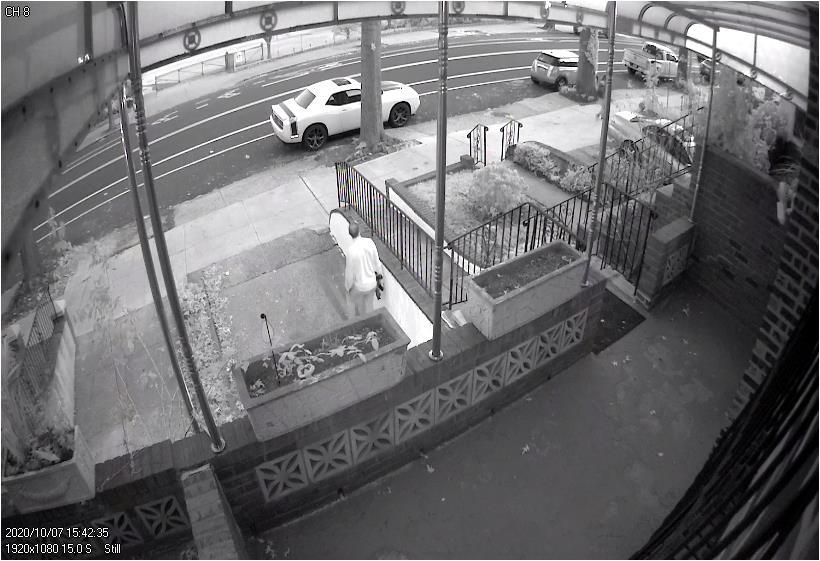 During a bail hearing on October 15, 2020, Manhattan Supreme Court Justice Felicia Mennin entered screen shots from the security footage into evidence. The images depicted Liriano in front of his home allegedly holding an assault weapon, loading the weapon and lifting the firearm across his body as he faced the road. Just over his left shoulder the black muzzle is allegedly visible pointing at the detective’s vehicle. A flashlight attached to the weapon was also activated and pointed towards the detective’s vehicle. After Liriano fled back into his home, the security footage allegedly showed him carrying multiple backpacks out to the car inside the garage and cramming them into the area where the hidden compartment was found. 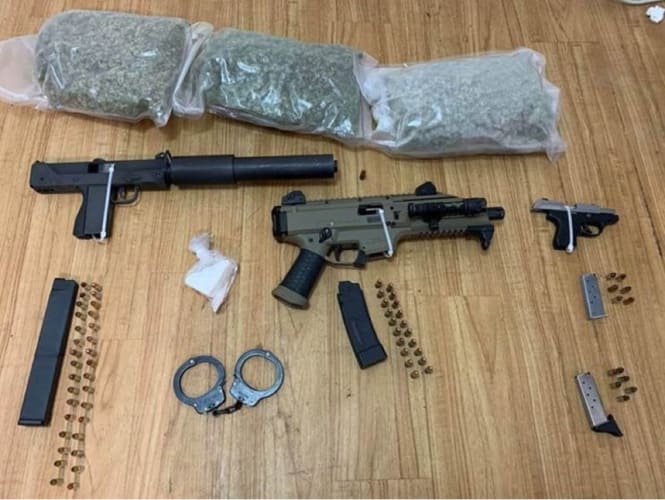 At the time of his arrest, Liriano faced criminal charges in Queens for allegedly approaching a man and his 5-year-old daughter outdoors, displaying a pistol and threatening to shoot them. He allegedly forced the father and daughter go back to their house and then stole their pet bulldog.

The bail hearing on October 15, 2020 concluded with the judge ordering Liriano held without bail.

Special Narcotics Prosecutor Bridget G. Brennan said, “Julin Liriano is charged with storming out of the Queens home with an assault rifle, loading it and pointing it at a detective on surveillance in a narcotics investigation. In court, the defense attorney accused police of fabrication. Unfortunately for Liriano, his own home security system recorded every dangerous action they described.”

Queens District Attorney Melinda Katz said, “Our police officers risk their lives each and every day. Illegal guns in the hands of criminals is dangerous – for our police officers and every member of the public. This defendant is in custody and I am confident he will be held fully accountable for his alleged actions.”

“Pointing a firearm at a detective, as alleged in today’s indictment, endangers not only those committed to protecting New Yorkers but all of our city’s citizens. I thank our NYPD investigators, and our law enforcement partners, for their hard work in ensuring there will be justice in this case,” said Police Commissioner Dermot Shea.

New York State Police Superintendent Keith M. Corlett said, “I applaud the work of our partners, and the professionalism of those at the scene during this investigation, that lead to the arrest and indictment of this dangerous individual. This suspect has shown through his actions that he has no regard for the safety of those who live in his neighborhood, or for the members of law enforcement that have sworn to protect it. A job well done to put this suspect behind bars, and to take dangerous weapons and drugs off our streets.”