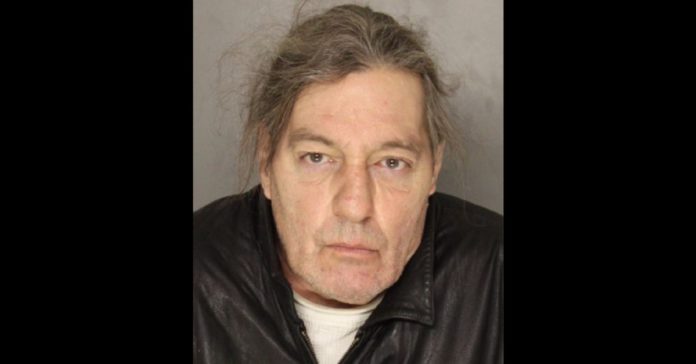 Stowe Township, PA — Last Thursday, Stowe Township police responded to the 900 block of Liberty Street for a welfare check. When they arrived, they discovered a man and a  woman deceased. Police say the victims were in a state of decomposition and it was not apparent what caused their death.

Detectives along with the Allegheny County Crime Lab Mobile Crime Unit were able to determine the victims were shot. Detectives say that 60-year-old Timothy Gumm was responsible for killing his brother and his brother’s girlfriend; 47-year-old Sally Sines and 55-year-old Christopher Gumm.

Gumm was reportedly angered that they were living in his parents’ home.

WPXI reported: According to a criminal complaint, investigators were able to tie Gumm to the murders through a couple cans of beer and a gun he previously showed to someone, who talked to police and informed them that Gumm was upset about the couple living at his parents’ house.

Gumm initially denied that he had been at his parents’ home. However, during an interview, he admitted to police he had a beer with his brother there on Sunday and got into an argument with him.

Gumm said he thought his brother had a knife, so he pulled out the gun and shot his brother and Sines before leaving and tossing the weapon, according to the complaint.

DEVELOPING:
A man and woman were discovered shot to death inside this red and white home around 11 this morning.

It is possible they may have been there for days @wpxi pic.twitter.com/ZXVx3Q3FzO

that Chris and Sines were living in the home, which belonged to their parents. Both parents passed away in August, less than 24 hours apart. In tears, one neighbor told me she’s in shock and devastated. Though Timothy was in and out of jail for decades, she said, she didn’t (2/3)

Gumm was charged with two counts of criminal homicide and one count of ‘person not to possess a firearm.’

A GoFundMe page has been established to help pay for funeral expenses.

Anyone with information is asked to call the Allegheny County Police tip line at 1-833-ALL-TIPS (1-833-255-8477); callers can remain anonymous. The department can also be reached via its social media sites.