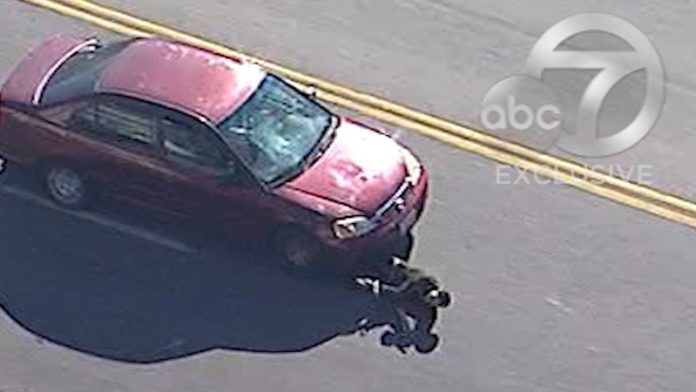 A man was sentenced to three years for leading police on an 80 mile chase in which a scooter rider was injured.

On Jan. 3, 2019, Flores fled from Culver City police as they attempted to make a traffic stop, the prosecutor said. During the pursuit, the defendant crashed into a man riding a scooter and ran him over in the Playa del Rey area, the prosecutor added. The victim suffered a broken ankle and other injuries.

Two police patrol vehicles were damaged during the pursuit. Flores was apprehended after a standoff in Oceanside, the prosecutor said.