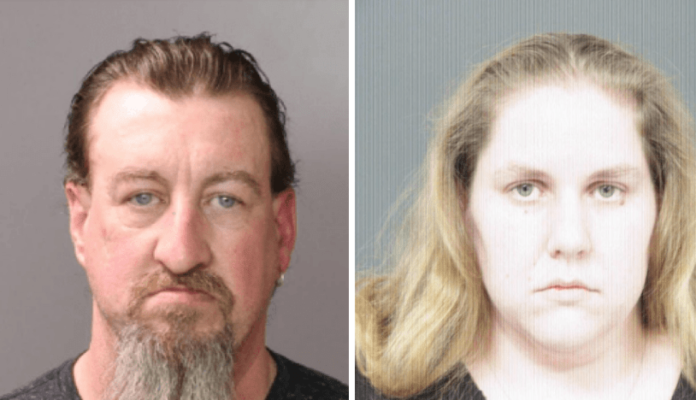 PHILADELPHIA – A man and woman will face decades in state prison for the repeated sexual assault of three children under the age of 13, abuse that they also filmed in more than 40 videos of child pornography.

Leonard F. Hewitt Sr., 51, and Krystyn Anne Smock, 40, both of Bristol Township, committed the acts for more than four years from January 2014 to October 2019, the investigation uncovered. One of the victims came forward in January 2020, leading to their arrests shortly after. The two pleaded guilty last year on a number of felony sex offenses, including rape of a child, involuntary deviate sexual intercourse of a child, aggravated indecent assault of a child, photographing, videotaping, depicting on computer or filming sexual acts, and criminal conspiracy.

They appeared Tuesday, Jan. 18, 2022, before President Judge Wallace H. Bateman Jr. for sentencing. Calling their actions monstrous, Bateman said the “abuse occurred by two people who are supposed to care for them, protect them and love them.”

Both will be required to register as sex offenders for the rest of their lives.

In a victim impact statement, the father of one of the victims described Hewitt and Smock’s home as a “house of evil.” He said his daughter had “her childhood stolen from her.”

In January 2020, one of the victims, a 10-year-old girl who moved to Lawrence County, participated in a forensic interview at the Children’s Advocacy Center there and said she was sexually assaulted by Hewitt inside his home in Bristol Township. The girl said the assaults happened on multiple occasions.

Bristol Township Detective Alexander Asmann began investigating and spoke to a second girl who said she was also sexually abused by Hewitt, beginning when she was 12 or 13 years old.

During an interview with a third victim, a 14-year-old boy, told Asmann that Hewitt showed him videos on his cellphone that showed the first victim being sexually abused by Smock while Hewitt filmed. The boy said there were about five videos on the phone. As a result, a search warrant was obtained for any cell phone or video equipment that belonged to Hewitt, in order to retrieve the videos that were described, Deputy District Attorney Kristin McElroy said Thursday, leading to the recovery of a video camera.

The recordings on the camera spanned a number of years, going back as far as 2014. The videos found on the camcorder showed the repeated sexual abuse of the first victim by Hewitt while Smock recorded. Based on the time stamp of the first videos, the victim would be about 5 years old, McElroy said in court. Police found even more homemade child pornography after seizing Hewitt’s cellphone, and three cellphones and a laptop that belonged to Smock.

“In total, over 40 videos were recovered depicting homemade child pornography with the [three victims],” McElroy said Thursday. “These defendants are depraved,” District Attorney Matt Weintraub said after sentencing. “What they did to these children is unspeakable. Our only consolation is that these predators will be separated from society for decades.”

This case was investigated by Bristol Township Police Detective Alexander Asmann and was prosecuted by Deputy District Attorney Kristin McElroy.