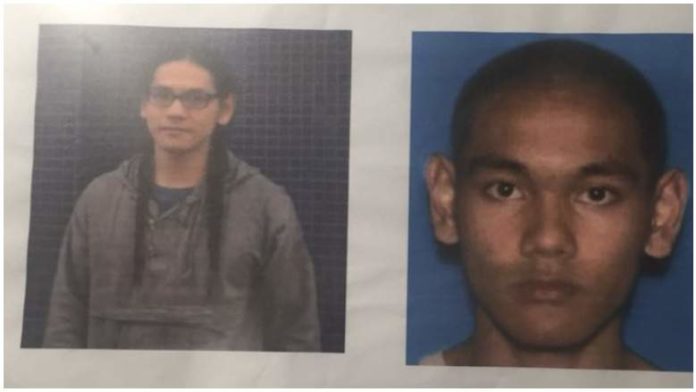 Mark Steven Domingo, 26, of Reseda, California, was arrested Friday night after he received what he thought was a live bomb, but in fact was an inert explosive device that was delivered by an undercover law enforcement officer as part of an investigation by the FBI’s Joint Terrorism Task Force. 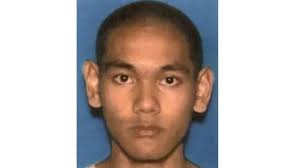 Domingo, a former U.S. Army infantryman with combat experience in Afghanistan, faces federal charges in a terrorist plot in which he planned to detonate an improvised explosive device (IED) for the purpose of causing mass casualties.

“Domingo, a former U.S. Army Infantryman, wanted to use improvised explosive devices against innocent civilians and he selected components that would make the bombs even more deadly to the victims he targeted,” said Assistant Attorney General Demers. “His arrest today mitigates the threat he posed to others in the Los Angeles community. I want to thank the agents, analysts, and prosecutors who are responsible for this investigation and arrest.”

“This investigation successfully disrupted a very real threat posed by a trained combat soldier who repeatedly stated he wanted to cause the maximum number of casualties,” said U.S. Attorney Hanna. “Protecting Americans from terror attacks is the number one priority of the Justice Department, and anyone who plots to use a weapon of mass destruction will be held to account.”

“The individual charged in this case wanted to carry out a mass casualty attack with explosive devices, and he moved very quickly from talking about violence to mobilizing to commit such an attack,” said Assistant Director Michael McGarrity of the FBI’s Counterterrorism Division. “This case should remind the public of the need to be vigilant and notify law enforcement if you see suspicious behavior.”

“I’m extremely glad to be announcing that we interdicted a potential terrorist attack, rather than outlining the FBI’s response to yet another tragedy,” said Assistant Director Delacourt of the FBI’s Los Angeles Field Office. “At no time was the public in danger and there is currently no known threat to public safety. I’m very proud of the agents and officers assigned to the Joint Terrorism Task Force who diligently marshaled the resources of our law enforcement partners in a short period of time and in doing so, ensured the safety of Southern California residents.”

“I can tell you, unequivocally, that this partnership, coupled with our ability to be nimble, ultimately resulted in dozens of innocent lives being saved in Southern California,” said Los Angeles Police Chief Michel R. Moore.

In a criminal complaint filed by federal prosecutors on April 27, 2019, and unsealed earlier today, Domingo was charged with providing and attempting to provide material support to terrorists. Domingo, who has been in federal custody since his arrest, is expected to make his initial appearance this afternoon in United States District Court.

According to a 30-page affidavit in support of the complaint, since early March, Domingo “planned and took steps to manufacture and use a weapon of mass destruction in order to commit mass murder.”

In online posts and in conversations with an FBI source, Domingo expressed support for violent jihad, a desire to seek retribution for attacks against Muslims, and a willingness to become a martyr, according to the affidavit. After considering various attacks – including targeting Jews, churches, and police officers – Domingo decided to detonate an IED at a rally scheduled to take place in Long Beach this past weekend. As part of the plot, Domingo asked his confederate – who actually was cooperating with the FBI as part of the investigation – to find a bomb-maker, and Domingo last week purchased several hundred nails to be used as shrapnel inside the IED.

“Domingo said he specifically bought three-inch nails because they would be long enough to penetrate the human body and puncture internal organs,” the affidavit states.

After Domingo provided the nails to the undercover operative for use in the construction of the bomb, Domingo sent a message on Thursday indicating that the operation was to proceed, according to the affidavit. On Friday evening, the undercover operative delivered multiple inert devices, which Domingo believed were weapons of mass destruction. After inspecting the devices and travelling to a park in Long Beach to surveil the location of the planned attack, Domingo was taken into custody.

According to the criminal complaint, Domingo posted an online video professing his Muslim faith on March 2, and the next day made another posting in which he said “America needs another vegas event” (referring to the October 2017 mass shooting in Las Vegas, Nevada) that would give “them a taste of the terror they gladly spread all over the world.” Following an attack on a mosque in New Zealand on March 13, Domingo posted, “there mustbe retribution.”

In response to the postings, an FBI “confidential human source” (CHS) began an online conversation that resulted in a series of in-person meetings with Domingo. During the first meeting, on March 18, “Domingo discussed with the CHS different targets for an attack, including Jews, police officers, churches, and a military facility,” according to the affidavit.

During subsequent meetings outlined in the affidavit, Domingo continued to express his desire to commit a terrorist act, at points contemplating a drive-by shooting with a modified AK-47-style rifle he owned, and at other points considering the use of an IED. During an April 3 meeting, Domingo allegedly expressed support for ISIS and said “if ISIS ‘came here,’ he would swear allegiance to ISIS,” according to the complaint.

The plan to target the rally came into shape during an April 19 meeting, when Domingo arrived to a meeting with the CHS armed with an AK-47-style rifle “to show you that I’m serious,” according to the complaint. During that meeting, Domingo referenced the Boston Marathon bombing and asked the CHS to find a person to construct an IED that he said could cause 50 casualties.

During several of the meetings, Domingo urged the CHS to maintain secrecy, stating what they were discussing were “federal charges” and “We broke federal law,” according to the complaint.

A criminal complaint contains allegations that a defendant has committed a crime. Every defendant is presumed innocent until and unless proven guilty beyond a reasonable doubt.

If convicted of the charge of providing and attempting to provide material support to terrorists, Domingo would face a statutory maximum sentence of 15 years in federal prison.