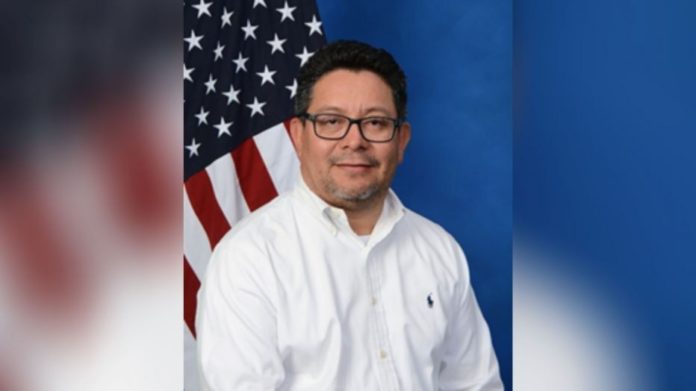 DAMASCUS, Md. — Detectives from the Montgomery County Department of Police have charged Jesse Jimenez, age, 24, of Gue Road in Damascus, with the first-degree murder of his father, 46-year-old Macklin Jimenez.

On Tuesday, July 21, at 10:57 a.m., 911 received two calls from residents inside the home on Gue Road stating that there had been a shooting. Officers responded to the home and located Macklin Jimenez in a basement bedroom dead from a gunshot wound.

A lookout for Jesse Jimenez’ vehicle was broadcast to officers and disseminated to law enforcement agencies in the area. At approximately 11:13 am, a 4th District officer observed the vehicle in the area of southbound New Hampshire Avenue and Norbeck Road in the Spencerville area; officers attempted to stop the vehicle. Jesse Jimenez did not stop and a vehicle pursuit was initiated by officers. Jimenez stopped his vehicle after turning onto Twig Road and fled from the vehicle. Officers pursued Jimenez on foot and at approximately 11:16 a.m., he was arrested in a wooded area in the area of the 14700 block of Good Hope Road. Officers located a gun on Jesse Jimenez.

“Macklin Jimenez’s tragic passing comes as a shock to our department, and our MPD family feels great sadness for this loss,” says Chief of Police Peter Newsham, “His service and dedication to the Metropolitan Police Department and this city will never be forgotten, and I offer my deepest, most heartfelt condolences to his loved ones at this time.”

MPD civilian Macklin Jimenez, was tragically shot and killed in a domestic-related homicide yesterday. The suspect is in custody and @mcpnews is currently investigating the circumstances. Jimenez had 27 years of service. Our thoughts and prayers go out to his family & loved ones. pic.twitter.com/ZkhgMXxQJp

Jesse Jimenez was transported to the Central Processing Unit and charged with first-degree murder.

Macklin Jimenez’ body was transported to the Office of the Chief Medical Examiner in Baltimore where an autopsy will be conducted.