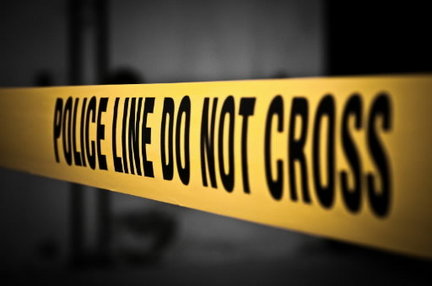 A 19-year-old man was fatally shot Thursday morning by a Prince George’s County, Maryland, police officer after authorities said he pointed a gun at another officer as they investigated a suspicious car.

The incident unfolded about 8 a.m. on a residential street in Capitol Heights, Maryland, just over the Washington, D.C., line. Police recovered two guns from the scene, including a 9mm carbine rifle, and said the vehicle matched descriptions of one used in recent robberies and shootings in the vicinity.

The man was identified as Terrance Toshay Thomas Jr., who lived four blocks from where he was killed in the 4100 block of Byers Street. A passenger who was in the vehicle and tried to run away was arrested, police said.

Officers performed CPR on Thomas, who died at an area hospital.

As police continued their investigation, a young woman dressed in black broke down in the street a few doors down from where Thomas lived and had grown up, weeping and stomping her feet on the ground. She had to be carried to a nearby car by two young women.

“No comment,” an older family member said. “We are not speaking.” Said another woman: “We are still grieving.”

Thomas has a criminal history in the District and Maryland. Two weeks ago, a D.C. Superior Court jury convicted Thomas of two counts of misdemeanor assault and one count of destruction of property after police said he rammed a police car following a police pursuit in July that began in Prince George’s and ended in the District. Police said the 2003 Buick Regal that Thomas was driving had been taken in a carjacking in Maryland.

A judge sentenced Thomas to 180 days in jail but suspended the sentenceand imposed a year of probation.

Meanwhile, Thomas had been awaiting a February trial in Prince George’s after he was arrested in October and charged with numerous felony firearms offenses. He was out on bail when he was killed.

Police said that on Thursday morning, officers twice responded to Byers Street, both times for a suspicious vehicle. The first time, police did not find anything. On the second call, police said officers found two men sleeping in a car. The officers were in uniform.

Stawinski said the male officer fired his weapon twice, striking Thomas. The chief said it could not be determined whether Thomas fired his gun; he said investigators are awaiting forensic tests.

Charges were pending against the passenger, who is in his late 30s or early 40s.

Authorities on Thursday posted on Twitter photos of the two guns from the scene. One photo shows the carbine rifle that police said was found on the passenger side of the car; another shows a handgun on the driver’s-side floorboard.