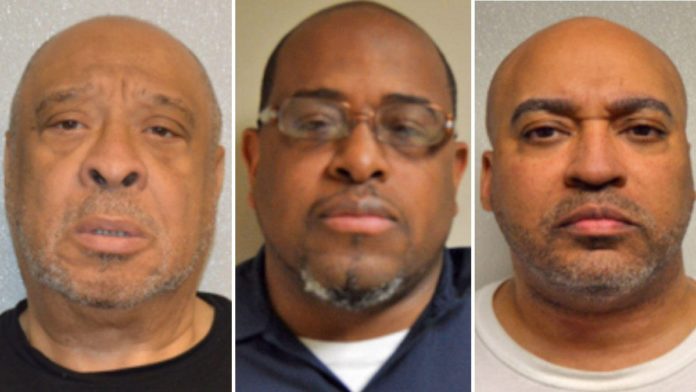 MARYLAND — Prince George’s County Police detectives charged three men in connection with the sexual abuse of four female victims. The crimes occurred between 2001 and 2008 when the victims were between the ages of 15 and 18 and were enrolled in a program run by the Oxon Hill Assembly of Jesus Christ in Fort Washington.

The program was called CHOP – Children Having Overcoming Power – and was designed to provide living accommodations in the homes of church members and education classes at the church for at-risk youth.

The suspects include 67-year-old Joshua William Wright of the 8200 block of Lykema Court in Brandywine. He is the Head Pastor of the Oxon Hill Assembly of Jesus Christ. The remaining two suspects are 40-year-old Donald Jackson of the 10000 block of Stewards Chance Lane in White Plains and 46-year-old William Joshua Wright of the 3900 block of Hedgemeade Court in White Plains. William Wright is Joshua Wright’s son and was a minister at the church. Donald Jackson is Joshua Wright’s son-in-law and was a leading member at the church.

The sexual acts in this case involved individual interactions and occurred at various locations including the suspects’ homes, various parks, and the church. The suspects have all been charged with child abuse and varying sex offenses.

The victims in this case came forward as adults to report the abuse they suffered when they were teenagers while in the care and custody of these men.

Detectives are encouraging any others who encountered any type of abuse when they were enrolled in the CHOP program to please come forward. The CHOP program ended in 2011.